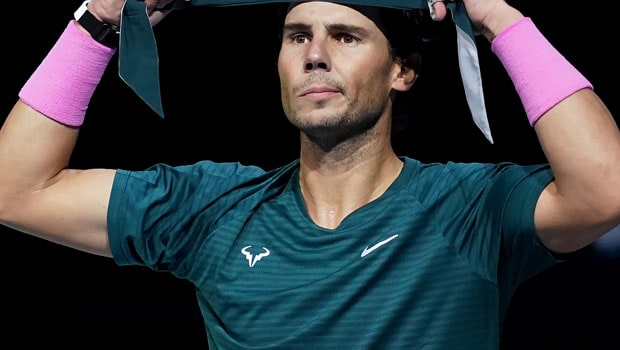 World No. 2 Rafael Nadal is optimistic of Spain’s chances in the upcoming ATP Cup 2021. Spain is the runners-up of the event and Nadal is hopeful of his team going all the way in this edition. The Spaniard stated that they have a good team with great players who can play their part.

Nadal will be joined by Roberto Bautista Agut and Pablo Carreno Busta, who are respectively placed on the 13th and 16th respectively. Thus, Nadal will look to get the best out of his teammates.

Nadal will face Alex De Minaur and Stefanos Tsitsipas in the group stage of the event. The Spaniard has also completed his quarantine period in Adelaide and played an exhibition event, ‘A day in the drive’ with players like Novak Djokovic and Dominic Thiem. The attendance at the stadium was 4000 and Nadal said it was nice to finally play in front of the fans.

“The rest of the team to play our best in every, every moment, because we are a good team with great players who have different options and everybody’s ready to play and to play with very competitive level. So, let’s see what the captain decides and how the circumstances evolve during the next couple of days.”

“It was very nice to play the exhibition in front of the public and feel a bit of that reality to which we were accustomed. Australia took measures and has made great efforts to celebrate these events and receive people.” Nadal said.

Meanwhile, ATP Cup will get underway from February 2 and Nadal will lead Group B. The event will also be a perfect way to warm-up for the world-class players before the all-important Australian Open, which will begin on February 8.

Nadal has only won one Australian Open and he will look to be at the top of his game. The 34-year old practiced with Italy’s Jannik Sinner during his quarantine period in Adelaide.