Home » Tennis » Wimbledon 2021: I have got into my rhythm now, says Roger Federer

Wimbledon 2021: I have got into my rhythm now, says Roger Federer 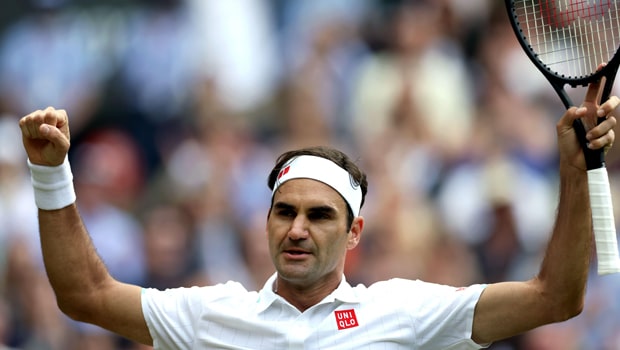 Eight-time Wimbledon champion Roger Federer has expressed confidence as he feels that he has got his rhythm now after winning his Round 3 match of Wimbledon 2021 against Cameron Norrie. Federer was able to go past Cameron Norrie in four sets as he won 6-4, 6-4, 5-7, 6-4 in the third round.

Federer had a scratchy start to the tournament as he lost two sets against France’s Adrian Mannarino. However, he soon got the impetus on his side as he defeated Richard Gasquet in straight sets and continued his winning run against Norrie.

Federer hadn’t entered the competition high on confidence as he had lost in the second round of Halle Open against 20-year old Canadian Felix Auger Aliassime. However, he has been able to turn the tables in Wimbledon, especially in the two matches.

Federer has seemed to get his mojo back and he is playing at the top of his game. The former World No.1 has a great game on grass and the last two matches must have added a shot in the arm for him.

“I definitely feel like I’ve got into my rhythm now at this point,” Federer said after beating Cameron Norrie on Saturday. “Sometimes I was still mistiming my shots a little bit, [but] for the most part, I was still trying to play on the front foot.

“I did that very well today. I thought I had a really excellent attitude, from what I can tell how I felt. That has been something that has changed nicely throughout the last weeks and months, to be honest.”

The win against Norrie was Federer’s 1250 career win. Federer admitted that things are coming off nicely for him and he is ticking the right boxes in his game which he wants to.

“Maybe [it was] one of the first times, I just felt very much at peace out there, really sort of a tranquility.” Federer admitted. “I guess everything I was doing, where I wanted to serve, how I wanted to win my service games, then how I made mistakes, how I made wrong choices. I just brushed them off.

This is the 18th time in Federer’s career in which he has gone into the second week of Wimbledon. Federer will next face Lorenzo Sonego in the fourth Round of Wimbledon.