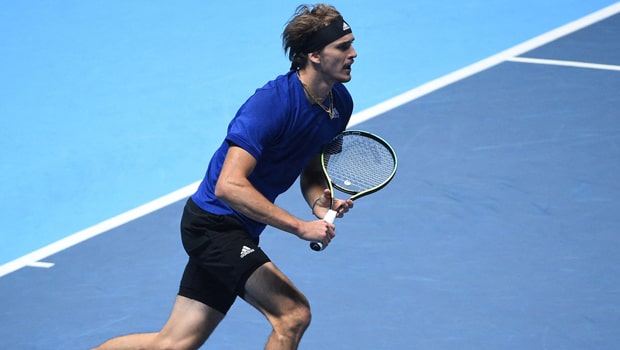 Former Doubles great Todd Woodbridge recently lauded Alexander  Zverev on his recent form and believes that the German will win his maiden Grand Slam. Woodbridge predicts that Zverev may achieve that feat in the upcoming Australian Open.

The 16 time Grand Slam recently appeared on the latest AO Show podcast. There he pointed out how much Zverev has improved in recent years. He feels the World No. 3 has finally now cracked the code to win five set matches. Therefore Woodbridge feels that the tennis fans may finally see Zverev winning his first Grand Slam in Melbourne.

“I think we’re gonna see Alexander Zverev win a Major and I think Australian Open could be that one,” Woodbridge said. “He has matured as a player; he now understands what it takes to win seven Best-of-5-sets matches.”

Woodbridge highlighted how Zverev has improved his consistency when it comes to long five setters. He pointed how the German used to fail to hold his nerve in long five setter matches. Zverev would often drop his intensity and allow his opponents to return back into the games.

But the 24-year-old has worked hard on his consistency. He has learned to keep up the intensity throughout long matches. “I think his consistency within a five-set match has improved,” Woodbridge said. “Whereas Zverev used to lose concentration and let opponents back in, he’s now learned how to finish people off quicker.”

Apart from the German, Woodbridge is also looking forward to watching Emma Raducanu and 18-year-old Carlos Alcarcaz in the upcoming Australian Open. But he also highlighted both the youngsters will be under a lot of pressure to perform at their best level.

“I’m looking forward to seeing two players in Australia – Carlos Alcaraz at the Grand Slam level and Emma Raducanu,” Woodbridge said. “They’re both under a lot of pressure.”

He added how Alcarcaz’s comparisons with Rafael Nadal does not make things easier for him. However, he feels that Raducanu should play without any pressure and that would truly bring her dividends.

“Carlos is touted as the next Rafael Nadal. Trying to be the next Rafa is almost impossible,” Woodbridge said. “For Emma to live up to this massive expectation and play freely, that’s what we have to look for. I don’t really mind if she doesn’t go deep in the tournament as long as she plays freely.”