Wrist injury forces Dominic Thiem to pull out of Wimbledon 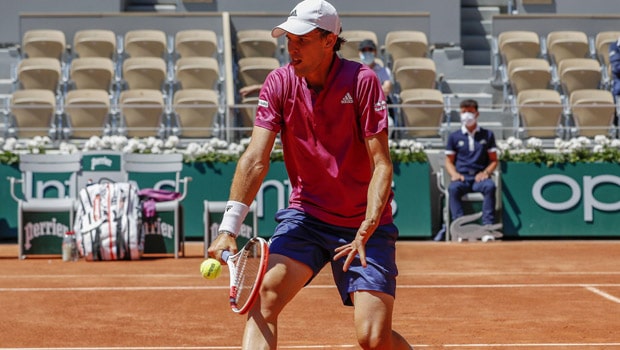 Austrian Tennis sensation has pulled out of Wimbledon Championships due to wrist injury. Thiem had recently withdrawn from the Tokyo Olympics to work on his game. The 27-year old was recently knocked out in the first round of French Open as he lost to Spain’s Pablo Andujar.

The injury is expected to keep Thiem out of action for several weeks. Thiem was forced to retire against France’s Adrian Maddriano in the first round of Mallorca Open while leading at 5-2 in the first set. In fact, this was Thiem’s first grass court event after his first-round defeat in 2019 Wimbledon.

“I’m going to do everything the doctors say in order to recover as quickly as possible,” Thiem said. “They’ve informed me that I might be out for several weeks, but I will do my best to be back on court soon.”

“I’m really sorry for pulling out of the upcoming three tournaments I had in my calendar: Wimbledon, Hamburg and Gstaad. They are very important tournaments for me. “I appreciate all the support from the fans in these difficult moments – I’m determined to come back stronger.”

Meanwhile, Thiem will look to make a solid comeback after recuperating from his wrist injury. The Austrian is horribly out of form and he will need to pull up his socks. Thiem had earlier pulled out of the Tokyo Olympics in order to prepare to defend his US Open title.

However, this is a big blow for Thiem as he will take a lot of weeks to recover from his wrist injury. Thiem is currently placed at number five in the ATP Rankings.