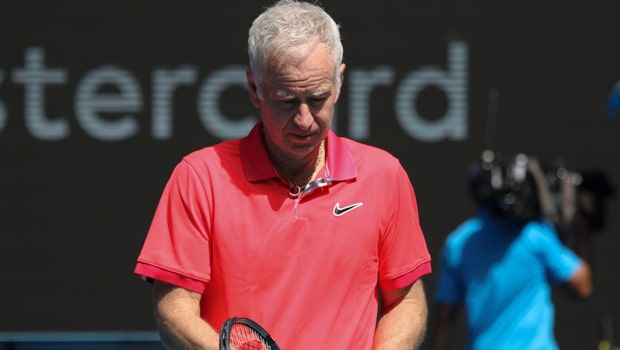 However, Djokovic has never received the respect that he has always deserved. There is no doubt that Federer and Nadal are loved much more as Djokovic has always been involved in some controversy or the other.

In fact, Djokovic also never receives the support from the crowd. It is well known that Nadal and Federer burst into the scene before Djokovic and that is why they are the crowd’s favorite. However, Djokovic has been involved in controversies like the Adria tour and US Open 2020 default.

But it should be noted that winning 20 slams is no mean feat. Moreover, Djokovic holds the record of spending most weeks at the number one rank in the ATP rankings while he has also won joint-most ATP 1000 titles.

McEnroe said while talking to BBC, “Grand Slam tennis is not a popularity contest,” McEnroe said. “Being that guy everyone loves, the one everyone wants to win, does not get you the ‘W’. And that’s what it’s all about.”

“They might think you’re cold, clinical, boring,” the 62-year-old said. “Hey, they might think you’re a brat. It doesn’t mean a thing. Because what they will give you every time you step onto court – is respect.””Respect (to Novak Djokovic) for always being there, for consistency,” McEnroe added.