All about the India Women’s National Cricket team 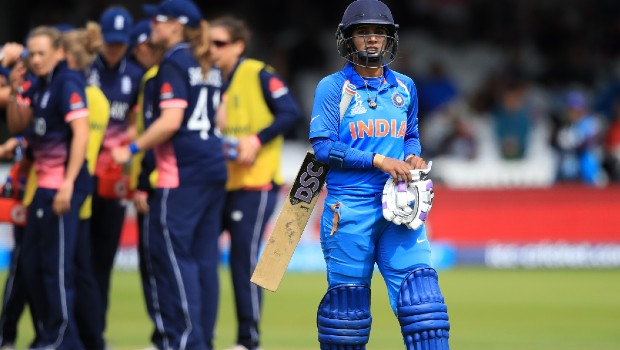 We all know that cricket is the most popular sport in India. Among the most famous teams in the world is the India Women’s National Cricket team. Also known as the Women in Blue, the team’s debut in international cricket was in 1976 when they won their first Test match against West Indies in front of 25,000 people. After that, they won their first One Day International (ODI) at the 1978 Women’s Cricket World Cup.

Since then, the women’s cricket team in India kept growing steadily over the years. In 1995 they won their first one-day series against New Zealand. In 44 years, since it started, the team has been in the World Cup finals on two occasions: in 2005, when they lost to Australia by 98 runs, and in 2017, when they lost to England by 9 runs. The semi-finals happened on three other occasions for the Indian team: in 1997, 2000 and 2009.

Below we’ve listed some of the legendary players who have made history in women’s cricket in India. You can read more about Cricket history in India in our special content.

Mithali Dorai Raj is the first woman cricketer in India and known as one of the best batters in women’s cricket history. With over 8,000 international runs to her name, Mithali holds a lot of records in her career. Apart from being the first Indian female cricketer, she is the fifth woman overall to score over 1,000 World Cup runs.

Since she started, she has played 289 ODIs for India and she is also the highest run-scorer in world cricket in the 50-over format. She is the only Indian batswoman to rank number 1 in both ODIs and T20Is. Also, Mithali holds the record for playing the most consecutive Women’s One Day Internationals for a team.

Anjum Chopra was the first female player to score a century for India and the first woman to play 100 ODIs for the country. Her international debut was in 1995 against New Zealand in ODIs. After that, she played 127 ODIs and scored nearly 2,9000 runs with 18 half-centuries and one century. In 2007, she won the Arjuna Award, one of India’s highest sporting honours.

In 2002, she became the captain of the Indian team. Under her leadership, the team won their first Test Series overseas against South Africa. Anjum also represented India in 6 World Cups (four ODIs and two T20Is).

Shubhangi Kulkarni is known as one of the pioneers of women’s cricket in India. She was a brilliant leg-spinner and batswoman who batted at various positions for India and could strike the ball with real precision. She made her Test bow in the 1976 game against the West Indies. In 1978, she was also playing when the team had its one-day debut against New Zealand. With a career of 15 years playing at the international level, Shubhangi is definitely an inspiration for other female cricketers who want to shine in history too.

Harmanpreet Kaur is a young cricketer who plays as an all-rounder for the Indian women’s cricket team. In 2017, she won the Arjuna Award for Cricket and in 2018 she became the first woman playing for India to score a century in a Women’s Twenty20 International (WT20I) match. On top of that, in October 2019, she became the first cricketer for India, male or female, to play in 100 international Twenty20 matches during the series against South Africa.

Find out how much you know about cricket with our special Trivia Quizzes! Read all about the sport at our special cricket page.