Home » Cricket » ENG vs IND 2021: We certainly felt that we were on top of the game – Virat Kohli

ENG vs IND 2021: We certainly felt that we were on top of the game – Virat Kohli 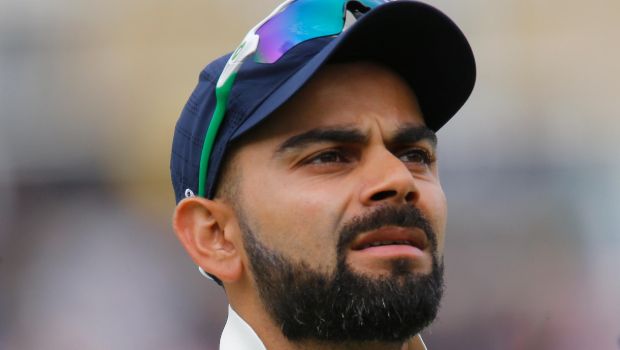 Indian skipper Virat Kohli rued the fact that the final day of the first Test match against England at Trent Bridge, Nottingham ended in a draw after the final day of the match was washed out due to rain on Sunday. India needed 157 runs to win the opening Test and the visitors had nine wickets in hand.

Thus, the Virat Kohli-led team were in a shoo-in position and they would have fancied their chances of going for the win on the final day. India were able to score 52 runs in the final 90 minutes of the penultimate day and Rohit Sharma had got off to a decent start.

Meanwhile, India were able to get a crucial lead of 95 runs in the first innings to put their noses ahead. India had posted 278 runs in their first innings but England replied back strongly as they scored 303 after Joe Root scored a fine hundred. The England captain batted at the top of his game and it was a match-saving innings from him in the end.

However, Kohli feels his team was in the driver’s seat and they could have drawn first blood in the series. In fact, India’s batting unit hasn’t been at their best in the last couple of years and England would have also fancied their chances to defend the total as the conditions would have been cloudy on the final day.

Virat Kohli said in the post-match presentation, “We were expecting rain on days three and four but it chose to come on day five. It would have been enjoyable to play and watch, but it’s a shame. This is exactly what we wanted to do; start strong. On day five we knew we had our chances. We certainly felt like we were on top of the game. Getting that lead was crucial, but it’s a shame we couldn’t finish day five”.

“Getting to fifty overnight was important. We just didn’t want to play for survival. Our intent kept us ahead. It’s hard work of three odd weeks for our bowlers with the bat. We were talking of a lead of 40-odd but we ended up with 95 and those runs were gold dust. Most likely this will be our template in this series, but adaptability has been our strength. The conditions and the pace on the wicket needs to be seen, but this team will be our template. England and India have always been a blockbuster, and looking forward to the next Test”.

One thinks that India were ahead in the game and they would be more disappointed than England after the first Test match ended in a draw. The second Test match will take place at Lord’s, London from August 12.