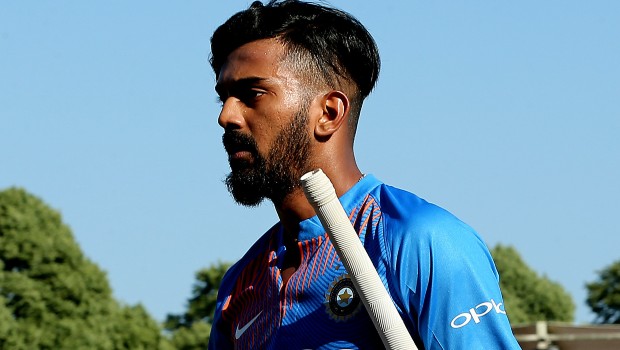 Kings XI Punjab captain KL Rahul has heaped praise on the leadership of former Indian captain MS Dhoni and current skipper Virat Kohli. Rahul has played under both of these captains and he has learned a lot from both of them. Dhoni always adopted a sedate approach whereas Kohli has been more aggressive as a captain.

Rahul stated that both of these fine leaders have different styles of captaincy but their passion for the game and their team is unmatchable. The Karnataka batsman will lead KXIP for the first time and it would be interesting to note how he would get the best out of the players.

Rahul added that he wants to adopt the same approach as MS Dhoni and Virat Kohli and he has learned a lot from both of these players while playing under them.

“Of course. They (Dhoni and Kohli) have been the most inspiring cricketers and leaders in the last 10 years at least. Having the opportunity to play under them is great learning.”

“Both of them are completely different individuals and lead the team differently. But their passion for the team is the same, they always want to win and push the team together. I also want to use the same approach with my team and look to lead from the front. It should feel like a team, it should feel like family,” he added.

Furthermore, Rahul stated that he has also learned a lot from vice-captain Rohit Sharma, who is also known for shrewd captaincy. Rohit is the most successful IPL captain as he has led Mumbai Indians to four titles.

Meanwhile, KL Rahul was in fine form before the lockdown and it would be interesting to note if he is able to continue the same after almost seven months. Rahul had scored 224 runs in the five T20Is against New Zealand and had scored 201 runs in the three ODI matches against the Kiwis.

Thus, Rahul would aim to keep up his good form going. Along with captaincy, Rahul will keep the wickets for Punjab and he would also open the innings with Universe Boss, Chris Gayle.

Rahul has been among the top three run-getters in the last two seasons and he would aim to hit the ground running. The stylish batsman has amassed 1977 runs in 67 IPL matches at an impressive average of 42.06 and a blistering strike rate of 138.16.