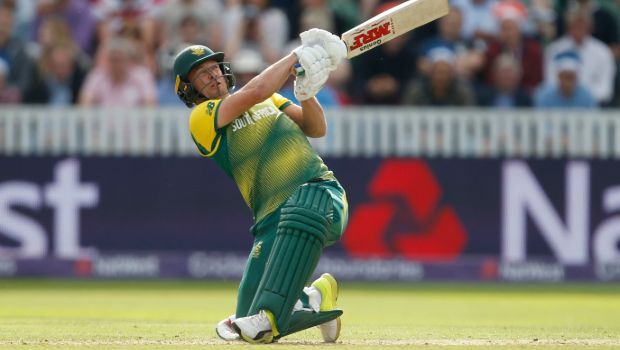 AB was at his best in the thrilling contest which went down to the wire as RCB won the Super Over after the match was tied.

The former South African captain catapulted his attack against Mumbai Indians pack leader Jasprit Bumrah. It is a rare sight that Bumrah concedes 42 runs in his quota of four overs and AB de Villiers played a major role in the same.

AB was backed as a wicket-keeper against Mumbai Indians and it helped RCB add more balance to their squad. The right-hander was able to hit the ground running with the bat and he was striking the ball cleanly.

On the other hand, AB got the much-needed boundary in the Super Over against Jasprit Bumrah when six runs were required off three balls. It was a lucky boundary but the pressure was released by AB de Villiers.

“I wish I was AB to be honest (chuckles). He was coming after a long break. The way he batted and some of the shots he played was outstanding. Getting stuck into the bowlers and only he can do that best. He keeps things simple and doesn’t watch a lot of cricket. Enjoys his life and comes out here, backs his ability. He’s relaxed and that’s exactly what we want from him,” Kohli said after the match while collecting Man of the match award for AB de Villiers.

Meanwhile, AB de Villiers has always been a consistent performer for RCB over the years. The talisman has the skills to turn the match on its head and he has great skills with the bat. The Proteas batsman can hit all round the ground and it is not easy for the bowlers to keep him in check.

AB de Villiers has played a crucial role in the success of RCB and he would aim to continue the same. RCB have had a decent start to the season as they have won two matches out of the three they have played.

RCB will play their next game against Rajasthan Royals at Sheikh Zayed Stadium, Abu Dhabi on 3rd October.