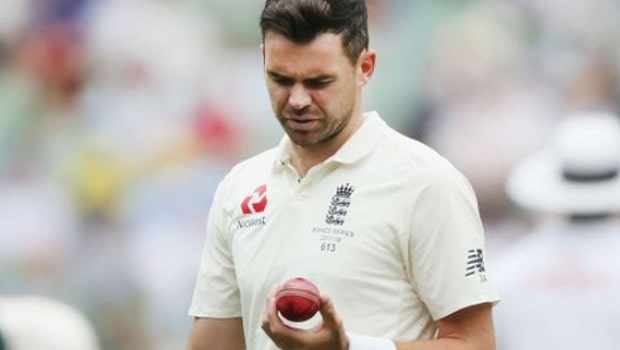 England’s pack leader James Anderson has quashed retirement rumours after the frustrating past week performance as the swing master could scalp only one wicket in the opening Test match against Pakistan at Old Trafford, Manchester. Anderson admitted he felt out of rhythm for the first time in the last decade and also got a bit emotional on the field.

James Anderson is currently on 590 wickets and he needs another 10 scalps to scale down the mountain of 600 Test wickets. Anderson also didn’t have a great recent series against the West Indies as he could only take five wickets in two Test matches he played at an average of 30.

Anderson has all the experience under his belt and he is going to hold the key for England. The right-arm fast bowler recently turned 38 years old and he had earlier stated that he wanted to play till the next Ashes in 2021.

However, as Anderson’s performances were not up to the mark, there was a speculation doing the round that he may decide to hang his boots.

In fact, former England captain Nasser Hussain also feels that Chris Woakes is now ahead of James Anderson in the team’s pace battery.

When asked if there is any truth regarding his retirement plans, Anderson said, “No, there’s not, absolutely not [if he is considering his England future]. It’s been a frustrating week for me personally because I have not bowled very well. I felt out of rhythm. Probably for the first time in ten years, probably got a little bit emotional on the field.

“To me, it’s a case of trying to want to get down to Southampton, work really hard next couple of days, trying and figure out if there are any technical issues – sort them out, and just try and work hard and hope I get enough for the next game, so that I can try and show people that I’ve still got what it takes to play Test cricket.”

James Anderson has been a champion bowler and he would look to tick the right boxes in the second Test match against Pakistan, which will take place at the Ageas Bowl, Southampton from August 13.

Anderson has a staggering record against Pakistan as he has scalped 64 wickets in 16 matches at an impressive average of 19.81 against them. The veteran fast bowler would like to be at his best to let his performances do all the talking for him.

Anderson would like to sort out his technical issues and come back stronger in the second Test. As Anderson has all the experience, it should help him in getting back into the groove.