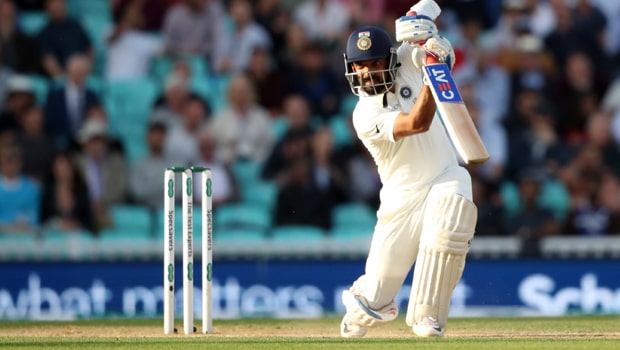 The Indian team was tested with short pitch stuff by the New Zealand bowlers in the second Test match of the series but the tourists were not able to come out on top. Subsequently, there were talks regarding India’s temperament while facing the bouncers. India’s Test vice-captain Ajinkya Rahane believes people are speaking too much about it and one bad game doesn’t make them bad against short balls.

The right-hander had tried to bail himself out of trouble with an aggressive approach when he was put on the backfoot by Neil Wagner and company. Rahane has all the experience under his belt and it was surprising to see him play the way he did against the Kiwis bowlers.

Meanwhile, Rahane added that all the Indian batsmen are good players of short balls as they had successfully dominated the Australian bowlers in the third Test of 2018-19 series. Jinks, as he famously known, believes the credit must go to the New Zealand bowlers who showed guile in using the wind factor.

“People are speaking too much about it (short balls),” Rahane said, speaking to media persons in Mumbai. “If you see Melbourne innings [in the third Test against Australia in 2018], we have dominated. We all play short balls well, one game doesn’t make you bad players of short ball.

“They [New Zealand bowlers] used the breeze factor very well because in New Zealand it was the biggest factor, cutting the angle and pace.”

The flamboyant batsman, who is known for his overseas records as compared to playing in India, had a disappointing tour of New Zealand as he could only score 91 runs in four innings at an average of 22.75.

Meanwhile, the series loss against New Zealand was India’s first of the ongoing Test Championship. Virat Kohli-led side is still at the culmination of the points table with 360 points under their bag and they are favourites to make it to the final, which will take place in Lord’s next year. Rahane added he is not losing sleep with one series loss and it doesn’t make them a bad team.

“I am not too worried about that and I am not going too much deep into that,” Rahane said. “Test Championship is all about one match and one series at a time, one match at a time because points are involved. One bad game or two bad games will not make us a bad team”.

India will next play a Test series against Australia later in the year.