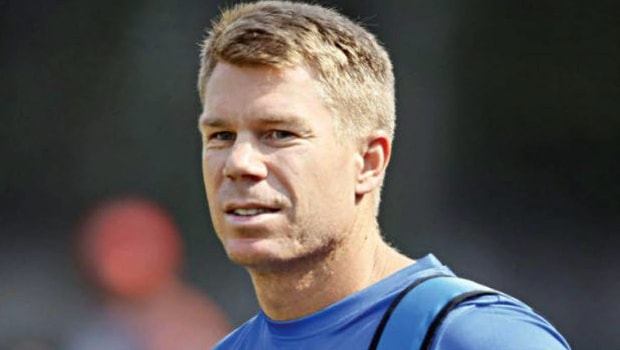 Australia’s batsman David Warner feels it would be a prudent decision if Virat Kohli is not sledged. It is well known that Kohli brings out his best when he is poked by the opposition and the same was evident on India’s tour of Australia in 2014. In fact, Kohli and Warner had a few heated verbal battles and the Indian batsman had also taken on Mitchell Johnson.

Kohli is always looking to get under the skin of the opposition and he is more pumped up when he is challenged by the opposition. Recently, Australia’s wicket-keeper batsman Matthew Wade also stated that they will not look to sledge Virat Kohli and Co. when the visitors will tour Down Under.

Kohli likes to take the bull by its horns and he is always in the face of the opposition. The right-hander is not known to take a backward step and wants to go all out.

David Warner said while talking to India Today inspiration series, “Virat Kohli is not a person to be poked and no point poking the bear.”

On the other hand, India had savoured their maiden Test series win on the Australian soil on the previous tour of 2018-19. India’s bowling line-up was right on the money and the tourists were the better side. However, the visitors will face a stiff challenge as David Warner and Steven Smith are back in the team.

The left hander added that it would be an interesting contest between Steven Smith and Virat Kohli. In fact, there is no doubt that whosoever will have the better series, his team will have a better chance of winning. Warner feels it would be a surreal feeling to play without any crowd in the series against India.

“Virat Kohli and Steve Smith are the best across formats and it will be an interesting contest between them.”

“It would be very surreal playing against India without the crowd. I want to be selected and be part of that series. Last time we were not bad but we were beaten by a good team and their bowling was relentless. Now, India has got the best batting line up and our bowlers will like to target and the Indian crowd will be eager to see that.”

Warner also added that he is sure of playing in the IPL if the T20 World Cup is postponed and if he gets a green signal from Cricket Australia.