Bengaluru Travel To Odisha After Draw Against Hyderabad FC 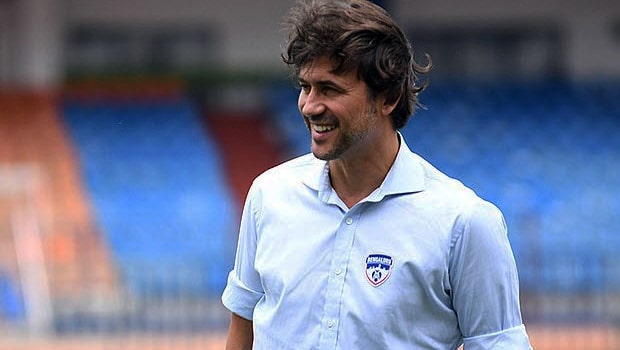 Action in the 2019/2020 Hero Indian Super League will continue this midweek on Wednesday when Odisha FC hosts Bengaluru FC.

Defending Champions, Bengaluru FC have played six games with four draws and two wins in a shaky start to their attempt at keeping the title.

The Blues drew 1-1 against Hyderabad Fc as Robin Singh’s late equaliser ensured that Bengaluru Fc would rue their missed chances although they remain unbeaten.

Blues coach, Carles Cuadrat in the pre-match interview revealed that the visit to the Shree Shiv Chhatrapati Sports Complex Stadium in Pune would be a tough match just as every match in the league ISL is.

He revealed that although his team dominated the majority part of the game against Hyderabad, it was good enough in finding the goal that would kill off the game.

Furthermore, he said there is a need to put in more work and efforts on his teams’ defensive abilities and not to forget the psychology and emotions of the players.

He revealed that often times his players lose focus and subsequently lose possession which in turn gives the opponents the opportunity to hurt them.

Meanwhile, he reserved accolades for the coach of his opponents on Wednesday Josep Gombau stating that he is a coach who has a possession type of philosophy and he said he is expecting a game plan where Odisha will try to starve Bengaluru of the ball.

He revealed that Gambou has done respectable achievements in the Indian League and football in general in the country’s football.

However, Cuadrat explained he is wary of Bengaluru’s former forward Xisco Hernandez who may be familiar with his former side’s defence and his strike partner Aridane Santana who so far so good has been prolific with four goals from as many games.

He revealed confidence in his tea’s defensive unit to keep the duo silent on Wednesday having just conceded twice.