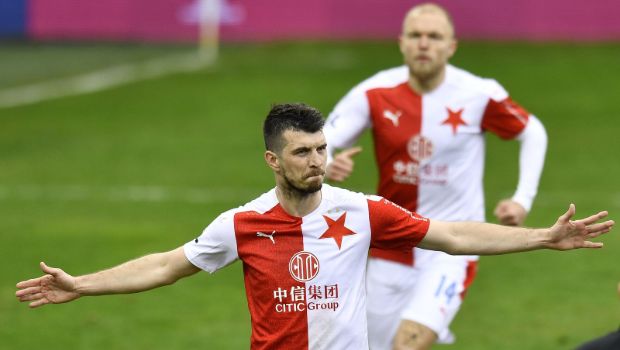 Ondrej Kudela was banned for a duration of 10 games after he reportedly racially abused Rangers midfielder Glen Kamara. This incident took place in the round of 16 tie of the recently concluded UEFA Europa League.

Kudela’s Slavia Prague were taking on the Steven Gerrard-coached Rangers side, during which Kudela dropped a racial slur on Kamara.
Kudela had said in a statement that he swore at Kamara but denied the usage of any racial terms.

While the Czech defender was banned for 10 games, Kamara was given a three-match suspension for his assault on Kudela in the tunnel after the match. Glen Kamara’s ban will not carry over the Euros, which means he can take part for his Finland side next month.
Czech Republic hoped that the veteran centre back would play a part in the tournament and lodged an appeal to UEFA, but it was dismissed recently.

“The appeal lodged by Mr Ondrej Kudela has been dismissed,” UEFA said in a statement.

“The CEDB had decided to suspend Slavia Praha player, Mr Ondrej Kudela, for the next 10 UEFA club and representative team competition matches for which he would otherwise be eligible to play, for racist behaviour.”

UEFA first opened disciplinary proceedings against Kudela and Kamara after the pair clashed towards the end of their Europa League last-16 second leg on March 18.

Glen Kamara’s lawyer Aamer Anwar was pleased by UEFA decision to uphold the ban, but stated his frustration on the soft stance taken by the governing body.

“The ban smacks of tokenism and in reality UEFA has failed to take any real action against racism. Meanwhile my client is yet to receive a full apology,” he said on Twitter.

Czech Republic will hope they don’t miss the presence of Kudela and they are placed in quite a tough group. Group D consists of England, Croatia, Scotland and Czech Republic which makes it almost impossible for them to have any realistic chance of reaching the knockout stages.