Euro 2020: Harry Kane hopes to fire England to victory in the knockout rounds 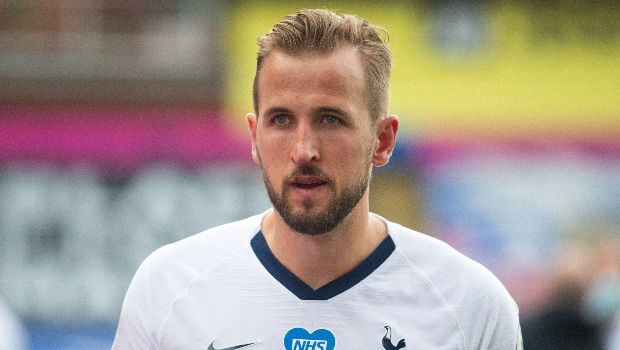 England captain and target man in front of goal Harry Kane has attracted a lot of criticism for his lackluster show during the group stages of Euro 2020.

Not only did Kane fail to open his account in the tournament with a goal, he also looked pretty out of touch with the midfield which hindered England’s build-up and chances in the final third.

However, he isn’t too worried about the lack of goals and hopes to get back to his very best during the Round of 16 blockbuster clash with Germany.

“It’s definitely not the first time people have doubted me,” Kane told British media. “People are quick to change their mind. It wasn’t too long ago when I won the Golden Boot (as Premier League top scorer) and I was the best thing in the world.

“I’ve always believed in myself. I could go 10-15 games without scoring but give me a chance and I’d back myself to score it. Going into Tuesday, physically, I’m in the best shape of the tournament so far.

“I felt in Russia (at the 2018 World Cup) I started on fire, scored loads of goals, then didn’t have my best performances in the most important games. So, coming into this, physically, I wanted to make sure I was peaking at the right time,” he added.

Harry Kane had a relatively better performance in England’s final Group D game against the Czech Republic which resulted in a 1-0 win for the side. The Tottenham Hotspur star has backed himself to prove his doubters and naysayers wrong during the latter stages of the competition.

“I know, especially the first two games, I could have played better. For me, it’s about trying to peak at the right time and the right time in tournament football is the knockout stages,” Kane added.

“I feel good, I feel sharp. I felt good, definitely in the third game … hopefully I can come into my best form into the knockout stage and that will help the team.”
Meanwhile, England seem to be relaxed ahead of their much-hyped match with Germany. Their Euro 2020 squad were treated to a private performance from superstar Ed Sheeran at their St George’s Park training base on Wednesday.

“I have to say he was a top man. He was very warm and as a performer everyone knows how good he is,” Jordan Henderson spoke about the ‘Shape of You’ singer.
“It was great to have him outside playing a few songs and speaking to him. It was a really good night.