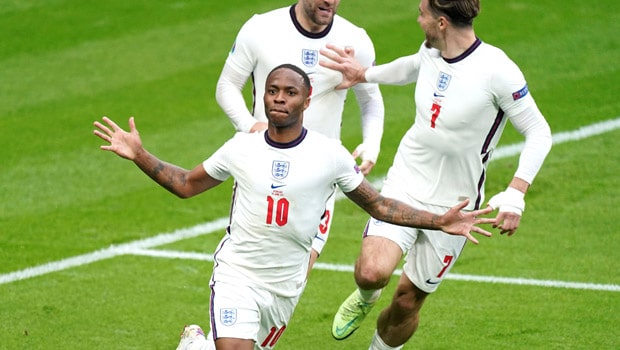 England fans could not have ask for a better evening than this. This is the match equivalent to the final, this is the game that was supposed to test the resistance of England. Germany vs England is without a doubt one of the oldest rivalries in Football world and has produced some of the best games, be it the semi final of World cup 1990 or the meeting of two sides in Euro 1996.

The Wembley stadium that welcomed fans for the match that could have been labelled as final before the final as both Germany and England knew the significance and level of intensity of games. Although Germany was labelled as favourites, the England team led by Gareth Southgate, who took the team to semifinals in the 2018 FIFA world cup, managed to turn the tables in their favour.

The team that has some of the best strikers in the Premier League in the names of Raheem Sterling and Harry Kane, managed to beat their arch rivals by 2-0 and also claimed themselves as the favourites to win Euro 2020.

Manchester City forward Raheem Sterling, who scored the opening goal, said the team had to be on top of their games against tournament favourites, “We knew we needed to put a big performance in against a very good German side and I thought we did that today,” he tells the BBC.

With Germany eliminated as well as defending Champions Portugal, World Cup winners France are also out, England can now fancy their chances as the Winners of Euro, the trophy that has eluded them for too long. England has never managed to reach finals and their best performances came in 1968 and 1996 when they reached the semi finals.

But after today’s commanding victory over one of the strongest teams in the world, England can surely keep the momentum going in their favour.