Gregor Kobel called up for Switzerland 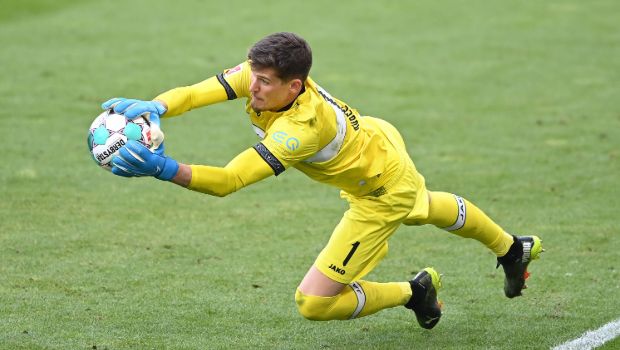 Switzerland have called up Borussia Dortmund goalkeeper Gregor Kobel as a replacement for the injured Jonas Olmin in their European Championship squad.

Gregor Kobel, who was signed by Borussia Dortmund just a fortnight ago, will be delighted to be included in the scheme of things in a major tournament.

Jonas Olmin suffered a minor injury to his ankle during his pre-match warm up routines against Wales. He was among the substitutes, but is now ruled out of the tournament. Switzerland drew that match 1-1 after dominating the ball and having more shots during the 90 minutes. Switzerland not only dropped 2 points, but also suffered the loss of one their goalkeepers.

Gregor Kobel will be just a reserve goalkeeper as Switzerland are blessed with a goalkeeper of the ilk of Yann Sommer. Yann Sommer made his debut for Switzerland in 2012 and has played over 60 matches for them since. He has an able deputy in Yvon Mvogo who has been impressive for PSV in the last 12 months.

Gregor Kobel, who plays his club football in the Bundesliga like a lot of Swiss players, was contracted with Hoffenheim for a large part of his career but he spent his time out on loan with the likes of Augsburg and Stuttgart. He was transferred to Stuttgart last season and following an impressive campaign, earned a 15 million move to Borussia Dortmund.

Borussia Dortmund’s goalkeeping woes have been well documented over the course of the last season. The reliable Roman Burki got injured last season, which meant he took part in just 19 games. Roman Burki, who is a Swiss international was replaced by Marwin Hitz who also represents Switzerland.

With Gregor Kobel’s signing, Dortmund now has 3 Switzerland goalkeepers in their ranks. Gregor Kobel’s signing was imminent at the Signal Iduna Park as Marwin Hitz, who had a better season than Roman Burki, is 33 years old.
Switzerland will face Italy and Turkey in their remaining group games in the tournament. After drawing their first match, a win should be good enough for qualification.