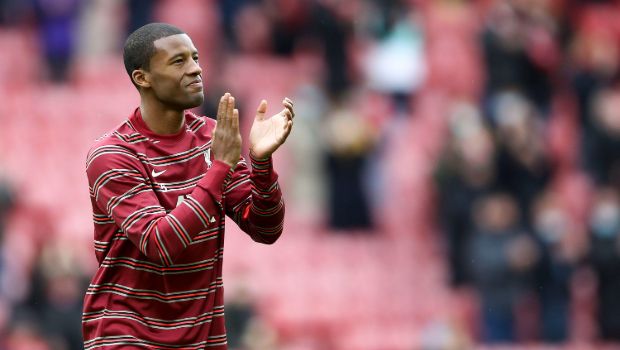 Netherlands faced Ukraine in one of the matches of the tournament so far. The group C match started off with a few bright attacks by the Dutch men.

Netherlands were operating in a back five, which included neither Matthijs de Ligt nor Owen Wijndal.

The Ukraine team set up in a more traditional 4-3-3 formation with their star men Oleksandr Zinchenko and Ruslan Malinovskyi either side of their midfield. Netherlands started the match as favourites and they justified that tag during the first few minutes of the match. The match became a bit more quiet as the half progressed and the score was nil-all at the break.

Georginio Wijnaldum, who recently moved to PSG, opened the scoring for Netherlands in the second half after latching on to the Ukrainian keeper’s parry. Netherlands fully deserved to be in front as they had the better chances in the first half of the match.

Wout Weghorst proved his coach’s decision to start him as the correct one as he doubled the lead just 6 minutes after Wijnaldum’s goal. For the next 15 minutes, it was looking like Netherlands were going to cruise to a 2-0 or even a 3-0 win. Andriy Yarmolenko sparked a moment of brilliance as he scored a beautiful long-range goal to decrease the deficit.

Suddenly Ukraine had a spring in their step and Netherlands started to make faulty passes. Ukraine earned a free kick in the Dutch half around the 79th minute and Ramon Yaremchuk met the delivery with a text book header which drew his side level.

Netherlands had to do all the hard work all over again. Thankfully for them, Denzel Dumfries latched on to a deep cross from Nathan Ake to restore their lead. Netherlands ended up winning the match 3-2 after almost dropping 2 points. They dominated possession and created more chances which is a testament to the number of points they obtained at the end.