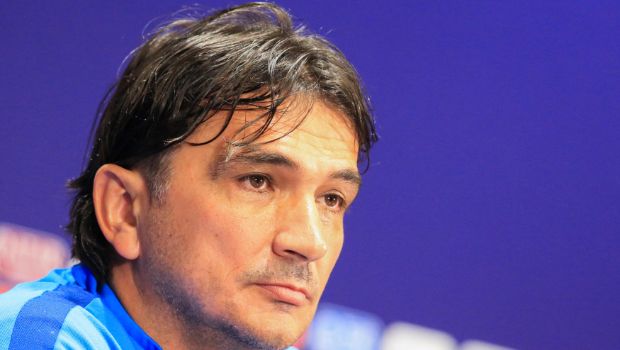 Croatian coach Zlatko Dalic was quick to state that he was confident in his team’s ability ahead of the Euro 2020 tournament.

Croatia have been a mere shadow of what they were in the 2018 World Cup wherein they finish as runners up.

Croatia ended their final warm up game with a 1-0 defeat to Belgium on Sunday. Prior to their encounter against Belgium, their played out a 1-1 draw against Armenia last week. In many ways they were lucky to not concede more than 1 goal against the Red Devils which just goes to show how far the team has fallen in the last three years.

However, Zlatko Dalic was adamant that his side are ready for the Euros ahead of their opening clash against England.

England, who have a really strong squad, will be favourites to top the group. Croatia, Scotland and Czech Republic are the other three teams in Group D. Given the individual talent Croatia possesses, they should finish 2nd in the group above the Andrew Robertson-led Scotland.

“I am sure the English will be very aggressive from the start and we have to keep them at bay,” Dalic told Croatia’s Nova television after Romelu Lukaku gave the Belgians victory with his 60th international goal.

“We played a good match and held our own. We didn’t create enough chances but we’ve made progress as the side looked much more compact than they did in recent games. The performance is encouraging.”

Croatia will face England in the first game at Wembley in London, before heading to Scotland to face Czech Republic and Scotland. Croatia are no pushovers and have a lot of talent in their squad, especially in midfield but it is easy to see why they are not as strong as they were in 2018.

Luka Modric, who was the best player at the World Cup, is still a world class player but isn’t as good anymore. Other senior players like Perisic, Lovren and Vida are also at the latter stages of their career.

With that being said, Croatia should at least progress to the round of 16 as they still have a very good squad with some exciting attacking players.