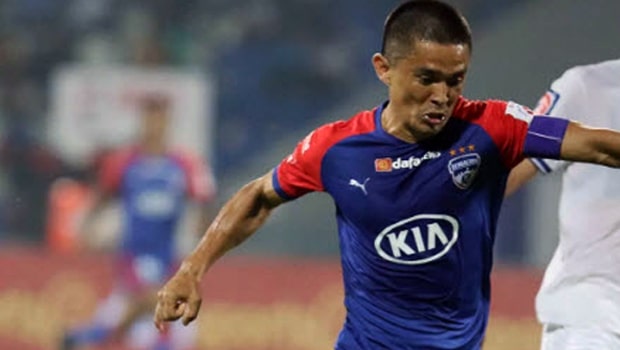 We are almost halfway down the league stage of the 2019/20 season of the Indian Super League and this is a good time to take a look at the top scorers of the league and how their exploits have helped their respective teams so far.

The association of these two players goes back to Australia’s A-League. Both Krishna and Roy played for the same team in the A-League and have good chemistry between them. They have gone on to show that in the ISL too as they have accounted for a total of 10 out of the 16 Goals scored by ATK this season. While Krishna has scored six, Williams has four goals to his name. Not only that, they have accounted for a combined total of three assists as well. As a result of their exploits, ATK are placed at second in the league table at the moment.

The Atletico Madrid product has made his presence felt in the ISL as well. Castel scored in each of Jamshedpur’s pre-season matches and now he has carried his form forward into the main tournament as well. The Spanish forward has netted five goals in six games so far and that has helped his team to occupy the fourth position in the league table at the moment.

The Gaurs’ striker has been the top scorer of the league in both of the 2017/18 and 2018/19 seasons and looks all set to retain the crown this time around as well. Corominas scored 18 and 16 goals during the previous two seasons respectively and he looks on track to reach one of those figures once again as he already has four goals to his name in five games so far. His exploits in the last match against ATK helped Goa to move to the top of the table.

He has been the only consistent Indian name in the top scorers’ list during the previous seasons of ISL and that hasn’t changed this time around as well. Bengaluru found it difficult to score goals at the beginning of this season but they are up and running once again as Chhetri is back in form. His four strikes have propelled Bengaluru to the third spot in the league table.

89' NO MISTAKE FROM THE SPOT!@chetrisunil11 slams in the penalty to equalise for @bengalurufc.

The new entrants of the league this season might be placed at a lowly seventh spot in the points table due to a leaky defence but two of their forwards, Xisco Hernandez and Aridane Santana, are trying their best to keep them afloat. Both have scored four goals each so far, thus accounting for approximately 73 percent of the team’s total number of goals.

With most of Mumbai City’s players looking out of touch, their new signing for the season has given them a boost with his goal scoring prowess. Chermiti has played all the games for Mumbai so far and has netted four goals in total. He has had decent support from other players in the recent games too and now the defence needs to step up in order to help Mumbai climb higher from their sixth position at present.

With Bartholomew Ogbeche ruled out due to injury, the Cameroon striker has stepped up with his game for Kerala Blasters. Messi Bouli has shown a strong sense of positioning in the final third of the pitch and is an aerial threat during set-pieces as well. He has scored four goals in the eight games so far, two of which came in the draw against Jamshedpur FC in their previous match.