Netherlands Defender Virgil van Dijk rules himself out of Euro 2021 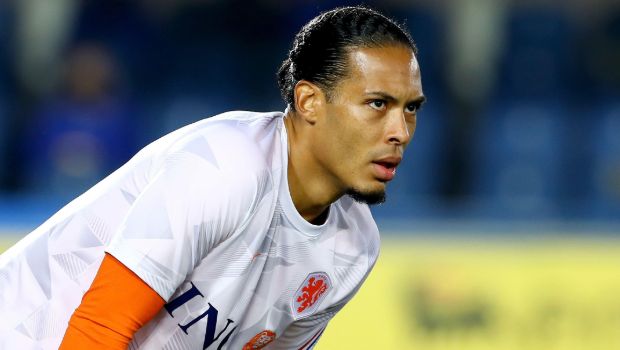 Virgil van Dijk, who was recovering from a knee injury that he suffered at the start of the season last year, has ruled himself out of next month’s European Championship as well.

He is instead looking to return to action with Liverpool ahead of the 2021-22 season.

The Netherlands skipper has been out of action since a challenge with Everton goalkeeper Jordan Pickford pushed him to the sidelines with a suffering a ruptured anterior cruciate ligament.

However, the 29-year-old has been going through a rigorous rehabilitation process since then. Moreover, he has been pictured working with a ball at Liverpool’s training ground and he has been posting videos of him running outside as well.

That’s why many were of the opinion that Van Dijk could make a faster recovery which would enable him to take part in Liverpool’s end of the 2020-21 season and also for Netherlands in Euro 2021.

Van Dijk, however, has now gone on to clarify his situation and he has said that he is looking to make a return only next season, and that too in full fitness.

“Things have been going well, I’ve not had a real setback or anything, I’ve just progressed nicely. In this latest stage for myself, I have come to a decision that I had to make: would I be involved in the Euros, yes or no?” said Van Dijk while speaking to Liverpool’s website.

“With everything that is going on, I feel physically it is the right decision that I’ve decided not to go to the Euros and to go into my last phase of rehab during the off-season. So, the full focus will be on pre-season with the club and that’s a realistic goal, so I am looking forward to that.

Van Dijk’s absence has hurt Liverpool quite badly as their defence has looked in shambles this season. The defending champions are not even in contention for a top four finish. The Dutch squad will equally miss his services as well. After all, he is a leader of men and nothing less than a wall in the backline.