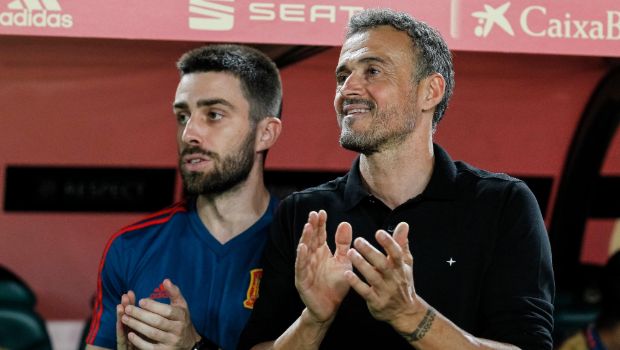 Between 2008 and 2012, Spain conquered every major international football tournament. They won the Euro Cup twice in that period and even lifted the first World Cup in their history in South Africa in 2010.

However, since then, they have been on a downward spiral.

Spain were eliminated in the Group Stages of the 2014 World Cup in Brazil and had to suffer a Round of 16 exit in the Euro 2016 in France and the 2018 World Cup in Russia.

Though La Roja have been trying to transition since the last few years, it will be most imminent this time around at the European championships. No Andres Iniesta or David Silva, no Gerard Pique or Sergio Ramos. Barcelona’s Sergio Busquets is the only remaining survivor from that 2010 World Cup triumph.

However, the Spanish captain recently left Spain’s pre-Euro 2020 training camp after testing positive for COVID-19.
In a statement, the Spanish Football Association mentioned that though Busquets returned a positive test, the rest of the squad tested negative. “The RFEF regrets to announce that its captain Sergio Busquets has given a positive result in the last PCR test that was carried out this morning at the concentration of the national team in Las Rozas. The rest of the members of the concentration have all tested negative.”

While this does disrupt Spain’s plans for Euro 2020 and Busquets’ participation in the tournament is still unclear at this stage, it also leaves La Roja short on experience. Besides Busquets, only Jordi Alba has played more than 50 international matches for Spain.

16 players – almost two-thirds of the squad – have less than 15 international appearances to their name. Aymeric Laporte who recently changed his allegiance from France to Spain, made his debut against Portugal last week in a friendly match while goalkeeper Robert Sanchez remains uncapped.

Manager Luis Enrique, who famously won the treble with Barcelona in 2015 did not select a single Real Madrid player for the squad while only three of players from Barcelona – Sergio Busquets, Jordi Alba, and Pedri – got the call.

However, Luis Enrique relishes the challenge of leading a new guard into Euro 2020 and will rally behind his players. “I need to make the players believe they can do it,” Enrique said, during a press conference on Tuesday. “I think this side is one of the favourites.”

While Luis Enrique sounds pretty confident, only time will tell how the transition for La Roja progresses.