Why Gareth Southgate must pick Trent Alexander Arnold for Euro 2020 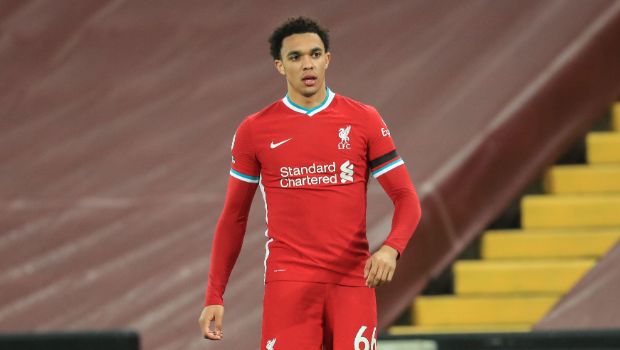 The Three Lions will enter the 2021 Euros on the back of their best outing in the World Cup. They are bestowed with some of the best young players in the game right now, but all this will be of no significance if they fail to deliver this summer.

Gareth Southgate shocked everyone by dropping Liverpool star Trent Alexander-Arnold during the recent international break. This wasn’t well received by the Anfield faithful and the young right back proved has proved his worth since being dropped.

Post the international break, TAA has provided five assists, scored an injury time winner and kept three clean sheets. Liverpool have not only garnered the most number of points during the period but have also remained unbeaten and the right back has been their best player.

Overall, Trent has recorded three assists this season which is lesser than the 13 and 12 he achieved over the last two seasons but he is still the best right back in the world, let alone in the England squad. He is competing with the likes of Kyle Walker, Reece James and Kieran Trippier for the right back spot, none of whom are anywhere close to being as good as Trent while going forward.

When it comes to defence, Trent has improved massively this season. Liverpool have been without their three main centre backs for the majority of the season and apart from a few mistakes which have been highlighted, Trent has done a fine job.

The only English right back who is clearly better than Trent at defending is Aaron Wan-Bissaka, who hasn’t earned his England cap yet.

England already have one match winner i.e Harry Kane, who is one of the best strikers in the world. They have the luxury to field Trent Alexander Arnold at right back, who is arguably the best in his position.

These are the sort of players who have the ability of winning games on their own. Trent will add a lot of creativity in their team, which is lacking in midfield. It will be a disgrace if Gareth Southgate decides to leave Trent out of the 26-man squad for the Euros.