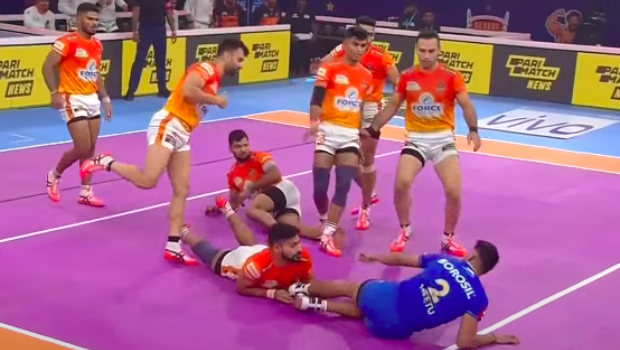 Haryana Steelers will take on Puneri Paltan in the 84th match of the ongoing Pro Kabaddi League 2022 at the Gachibowli Indoor Stadium, Hyderabad on Friday. Puneri Paltan is currently in the second position in the standings as they have won eight matches, lost four, and tied two games.

Haryana has won five matches, lost seven, and tied two games and thus they are in eighth place in the standings with 36 points.

Haryana Steelers had won their previous game against Gujarat Giants by 33-32. Manjeet was the top-performer for the team as he scored 14 points.

Match Prediction: Puneri Paltan will enter the contest as favorites against Haryana Steelers.