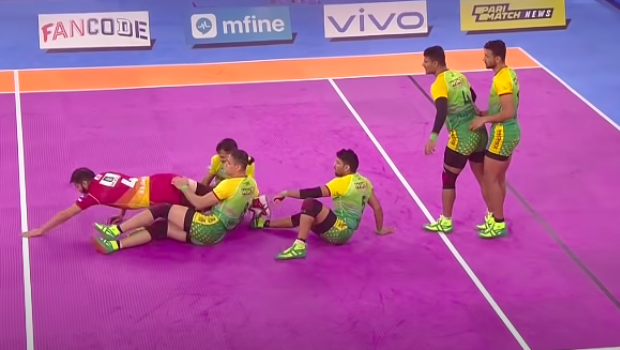 Telugu Titans will lock horns against Patna Pirates in the 95th match of the ongoing Pro Kabaddi League 2022 at the Gachibowli Indoor Stadium, Hyderabad on Tuesday. Telugu Titans are struggling at the bottom of the points table and they will need to turn the corner.

The Titans have managed only two wins in their 16 matches and they have lost 14 games. They only have 14 points in their bag.

On the other hand, Patna Pirates have won six, lost as many, and tied three games. They are in eighth place in the standings with a total of 42 points.

Patna Pirates lost their previous match against the defending champions Dabang Delhi K.C. by a margin of three points. Mohammadreza Chiyaneh scored a total of 19 points for the team but the other players failed to contribute.

Meanwhile, Telugu Titans won their last game against U Mumba by 32-26. Siddharth Desai was the top-scorer with nine points and it was a crucial win for the team.

Match Prediction: Patna Pirates will enter the contest as favorites against Telugu Titans.