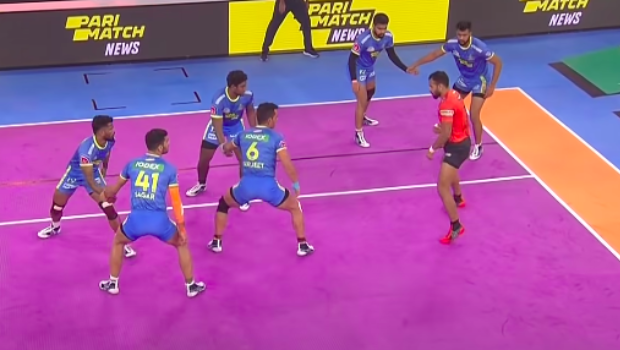 U Mumba will lock horns against Tamil Thalaivas in the 94th match of the ongoing Pro Kabaddi League 2022 at the Gachibowli Indoor Stadium, Hyderabad on Tuesday. U Mumba is in sixth place in the standings with eight wins and seven losses out of the 15 games they have played.

The Mumbai team has a total of 44 points in their account. On the other hand, Tamil Thalaivas have won five matches, lost six, and tied three games (not considering their match against Bengal Warriors on Monday). They have a total of 38 points in their bag and they are positioned in the ninth position.

Meanwhile, U Mumba lost their previous match against Telugu Titans by a margin of six points. Guman Singh scored eight points for U Mumba but his efforts went in vain.

Tamil Thalaivas had tied their previous match against Patna Pirates by 33-33. Narender scored 16 points for the team but it was not good enough.

Match Prediction: It is expected to be a tight match but U Mumba might start as favorites against Tamil Thalaivas.