Home » Other Sports » Chris Dixon’s top tips for Monday: Udontdodou can deliver at 5-1

Chris Dixon’s top tips for Monday: Udontdodou can deliver at 5-1 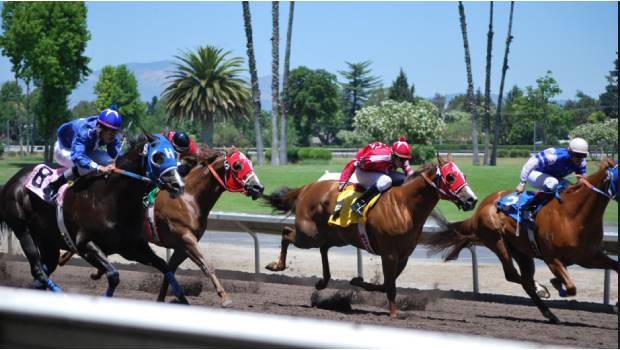 I’ve been flat out for the past week with a busy Racing TV schedule taking place alongside three days of inspecting horses at the sales in Newmarket.

As a result punting has been on a back-burner but I’m stoked up for the return to the usual routine and can hopefully find a winner or two from the four selections at Ayr, Ripon and Windsor.
Ramesses looked like a horse to follow when making a winning reappearance in a good time at Leicester in April and, though beaten in three outings since, he remains a horse of interest at this level.

Having shaped well when racing on the wrong part of the track at Carlisle on his next start, he possibly found conditions too soft when below form at the same course next time.

However, he looked back in good order when fourth at Haydock 11 days ago when racing freely in front at an overly strong pace in a race that has the look of strong form for the grade (runner-up Global Spirit a winner since) and still appeals as a well-handicapped horse.

I mentioned last week that the Nigel Tinkler was enjoying a purple patch, although Alux Boy was unable to get the job done for this column when well-backed at Wolverhampton.

I’m hoping Roundhay Park can go in for the trainer on Monday. He was unlucky not to win last time at Haydock (watch above) when tanking through the race but having to delay his challenge as he waited for gaps to appear in a race that was fought out by some well-handicapped horses.

Although pushed up 3lb by the handicapper on the back of that effort, he remains a well-treated horse off a mark 4lb lower than his last win and his record of two wins from four starts at this track is a plus.

In a race contested by mainly exposed or limited horses, Tavus stands out and looks value despite short odds.

Having showed little in three outings on the all-weather at Kempton (sire has a poor record on the all-weather) he took a big step forward when switched to the turf after an 11-week break at Yarmouth last month, finishing the race a never-nearer third (with a next time out winner in fourth) with bundles left in the tank following an interrupted passage through.