Home » Other Sports » Golf » 2021 Presidents Cup: Lahiri hopes to be in the International squad 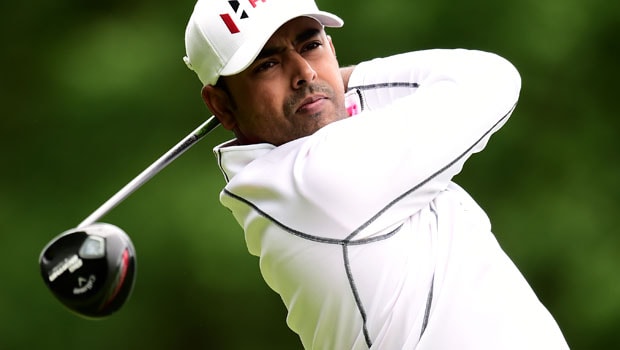 Indian golfer Anirban Lahiri has expressed the hope of being part of the International Team for Presidents Cup, which comes up next year at Quail Hollow Club, North Carolina.

Reacting to the announcement of Trevor Immelman as the captain of the side, Lahiri described the two-time Presidents Cup competitor as a great choice.

Speaking further, the Indian golfer said he talked to him for a lot of time at the Liberty National in 2017. He added that Trevors, who had led the Junior Presidents Cup before, is a valuable asset.

He also noted that the South African golfer who had won two PGA TOUR titles, has been a valuable partner to his countryman, Ernie Els, who was the former captain.

While wishing him good luck on his new role, Lahiri is hoping to be in his Team and help the team get some points.

Immelman, who also has eleven worldwide victories, which include the 2008 Masters Tournament to his credit, was an assistant captain to Els at the 2019 Presidents Cup. During the edition, the International Team got its biggest lead in Presidents Cup history but later lost to Team USA led by golf great, Tiger Woods, which they won 16-14, at The Royal Melbourne Golf Club, in Australia.

Speaking after the announcement, Immelman, who is now the youngest captain in the history of the competition, said it would bring about a slightly different dynamic to it.

While noting that the trend began in Melbourne, Australia as Woods and Els were competing in their own right.

Speaking on the composition of his team, the South African is hoping that it will comprise players with long years of experience and youngsters that he has been following and studying as a broadcaster.

While giving the assurance that his team will be a unifying force that will give its best, the 2008 Masters champion is hoping to give the Team US, which has won the last eight editions, a run for their money this time around.

Meanwhile, the Team US captain is yet to be announced.

According to the organisers, the next edition will kick off September 30  and end October 3.