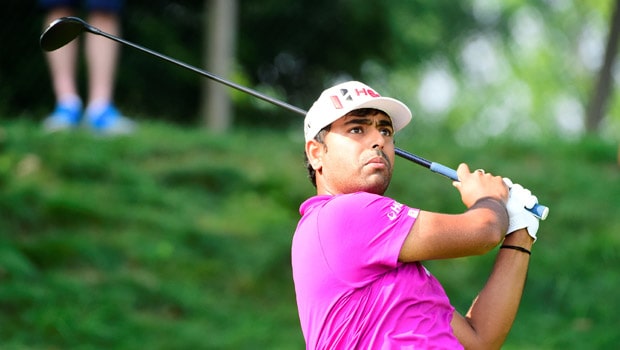 Anirban Lahiri became the only Indian golfer to qualify for the Tokyo Olympics. Lahiri who was also a part of India’s 2016 Rio Olympics contingent will make another appearance at the Summer Games. He was listed as the 60th  and the final qualifier by the International Golf Federation on Tuesday.

Lahiri will like to forget the blemishes from Rio de Janeiro when he finished at an underwhelming 57th position in 2016. The Tokyo bound Indian golfer is preparing for the big event at the Travelers Championship at the TPC River Highlands in Connecticut, feels that Olympics qualification is a gift for him. Lahiri admitted that he was not expecting the qualification to the Tokyo Olympics.

“It was a big surprise; I wasn’t expecting it. Even though I’ve earned it, I don’t feel like I’ve really earned it as I know how far below my potential, I’ve played this year. It’s a gift and an opportunity, so why would I throw it away,” Anirban Lahiri told PTI.

The 33-year-old is all set to improve on his last Olympics Rio back in 2016, where he was not at his best. He wants to make this opportunity at the Summer Games count.

“I know what it is to be an Olympian as I’ve done it before (in Rio) and I don’t want to be just an Olympian. I want to win a medal and I want to do something that makes a difference. I know winning a PGA Tour event will do that, but winning a medal would do even more. I do have a certain responsibility towards the game and my country.”

Lahiri wants to be the flag bearer of golf in the country and he feels that will happen only if he can clinch a medal at the Tokyo Olympics. The golfer does not want to just remain as an Olympian, he wants to be an example to young kids.

“I’ve gotten so many messages from kids who are playing the game now, saying ‘We’re so glad you’re in, we’ve always looked up to you and go make us proud.’

“Everybody has different motivations as to why they do this for a living and a large part is supporting yourself, family and personal achievements. There’s also a huge aspect for me personally that comes from everything that I’ve gotten from the sport and all the love and support I’ve got from my country,” he asserted.