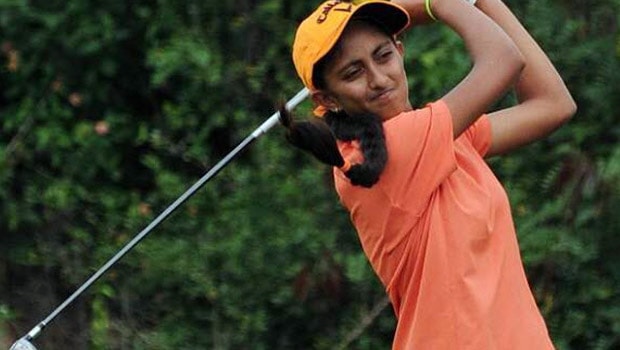 Indian lone golfer on the LPGA Tour,  Aditi Ashok, will be back on the court six months after her last competitive event.

The Indian is among the participant in the co-sanctioned Ladies Scottish Open that will commence at the Renaissance Club in North Berwick this morning.

To settle down quickly, the 22-year-old alongside her team left for Scotland in the wee hours of Monday.

Aditi, a three-time winner on the Ladies European Tour last played at the NSW Open in February.

She will later tee up at the AIG Women’s Open (British Open) the following week before participating in another event at Arkansas (USA) later this month.

Speaking on the return of the game after the COVID-19 lockdown, Aditi, who is accompanied by her mother who doubles as her caddie in the three events, said it’s a weird moment, but she is excited to be back.

The COVID-19 pandemic has made the sport of golf to take a back seat. Aditi added that the situation has made her preoccupied with safety measures, including buying sanitizing wipes, masks, and gloves.

After doing the COVID-19 test before departing India, the Bengaluru pro revealed that all golfers would be tested on arrival at the hotel. All players are expected to stay in a bio-bubble environment.

Speaking with TOI before her departure, Aditi said its a strange because she hasn’t played a tournament for the last six months, which is the longest she has not played competitively.

The top golfer added that she is used to playing the South Zone tournaments every two months since she was between 9-10 years old, but excited at the same time.

She further stated that she had prepared as well as she could for the tournament. While noting that all golf courses and gyms were closed in India from March to May, she said it was not the same in the US and a few other countries where most of the players did things normally in the last few months.

Therefore, she said she has practiced and hoped that the two-month lockdown will not affect her game.