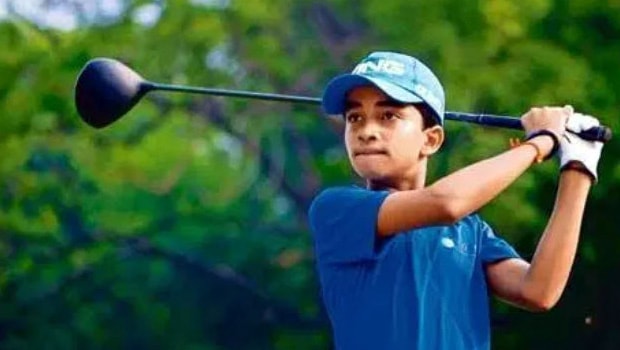 16-year-old Shubham Jaglan, who is a top Indian golfer in his age group, has decided to join the golf team at University of South Florida starting August 2021.

This is a significant change from the norm as most Indian boys decide to stay in India for developing their games further by playing the PGTI Pro Circuits or the robust IGU Amateur Circuits. However, everything has changed with the COVID-19 pademic. There are very few opportunities for golfers in India at present and that might have influenced Shubham to play for US College golf Team.

We could see this move becoming far more popular in the future and probably it could have been a better option for India’s other Junior golfers who had opted to stay home and turn pro in the last year or so.

Shubham has won over 100 junior national and international tournaments and he has topped the IGU merit list multiple times as well.

“My college starts next year in August. I’ll be there for 4 years playing Division I NCAA golf. My coach, my family, the Delhi Golf Club, the Golf Foundation and the Laxman Public School all helped me out hugely in this process of choosing the right college,” he added.

Shubham comes from a humble background but he was introduced quite early to the game at the Academy opened in his village of Israna, Haryana. Later, he developed his game with the Golf Foundation. His stint there helped him in moving to Delhi with a Scholarship.

He also said that he had this switch in mind for a long time but came at the decision only after a detailed discussion with his parents, peers, seniors and coaches.

” I talked to a lot of people before my decision, mostly professionals and they all suggested, wait till I graduate to turn pro. My team believes that playing division 1 golf for USF will be hugely positive for my game and overall development. I’ll learn a lot about myself and my game during my 4 years there. I feel playing under head coach Coach Bradley, an accomplished person himself will take my game to the next level.”