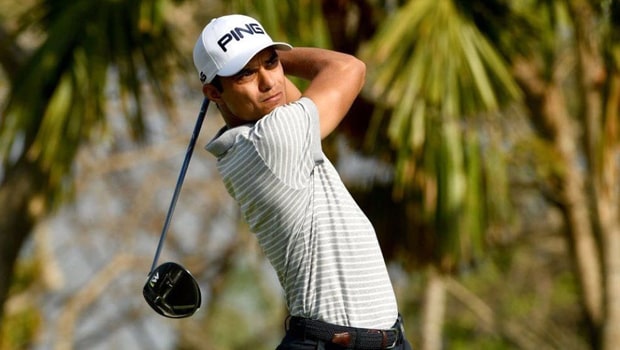 Indian golfer, Ajeetesh Sandhu on Thursday, finished with back-to-back birdies to get into the top-10 with a score of three-under 67 in the opening round of the season-opening Hong Kong Open golf tournament.

Having had a decent season in 2019 with two runner-up finishes on Asian Tour and a win on domestic Indian Tour, Sandhu is presently tied-sixth and two shots behind the co-leaders, Wade Ormsby and Tomoharu Otsuki, who carded five-under-par 65 each.

Another India, Shiv Kapur was the next in line for the country at two-under 68 and tied-12th alongside Thai player, Jazz Janewattananond, who won the 2019 Order of Merit.

Rashid Khan and Jyoti Randhawa are the two other Indians who turned in sub-par rounds of 69 each to be tied-20th, alongside reigning Open champion, Shane Lowry of Ireland, and Tony Finau at the challenging Par-70 Hong Kong Golf Club.

Out of 12 Indian golfers that are participating in the tournament, only five are Chiragh Kumar (70), S Chikkarangappa (70), Khalin Joshi (70), Jeev Milkha Singh and SSP Chawrasia shot even-par 70 each and was tied-31st.

With one birdie and one bogey, Sandhu was even par till the 11th, on a course, where the back nine starts on the 11th. After birding 12th and 13th, he dropped a shot on 16th before closing with the 17th and 18th.

Kapur, who started on the 11th, was making his 15th start in Hong Kong in 16 years as a pro. After a bogey, nothing happened until he reached the third, which he birdied. He later added birdies on fourth and sixth but dropped a shot on eighth.

Speaking on his performance, the Indian described the day as a tough one being probably the toughest conditions he has ever played on the golf course of all the years that he has featured in the competition.

Kapur noted that that the weather was windy and cold, and it was hard to pick where it’s coming from.

Speaking further, he said with the wind changing direction, making the trees bounce around, it was a great challenge for him.