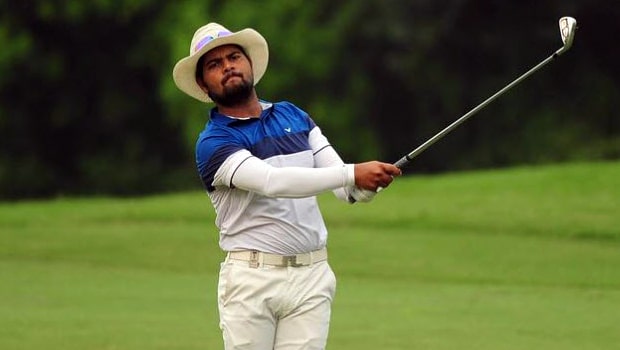 The Indian golfer had a good game with a brilliant eight-under 63 despite missing some birdie putts. His eight under 63 put him into a playoff alongside Pavit Tangkamolprasert, who later won the tournament.

The other two players involved in the playoff were Phachara Khongwatmai and David Gleeson. Pavit emerged winner to cap off his week’s best efforts with a closing six-under-par 65. This forced an extra game between Phachara, who had 67, Gleeson 68, and Raj with 63 at the end of the regular game.

Raj bowed out with a bogey in the first playoff hole missing a four-foot par, which was held on the par-four 18, while others made pars.

On the second extra hole, the trio found the center fairway on the, but their second shots were all short of the green.

Pavit later won the game with an incredible chip-in birdie on the second playoff hole.

It could be recalled that the 30-year-old winner lost a playoff game at the Thailand Open two weeks ago.

He was lucky this time around and took the title with his 15-yard chip-in birdie from the fringe. In their turn, Phachara and Gleeson missed their chips and settled for pars.

While Raj secured his Asian 2019 Tour card in the final round of the tournament, Pavit’s birdie on the 74th hole is only the second one recorded.

It could be recalled that Raj came through the Qualifying School last December and has enjoyed a consistent season so far, missing only three cuts in 11 starts.

With his joint runner-up finish at the tournament, the 24-year-old has marked his best result ever.

Speaking on his feat, Raj said everything was working in his way, especially the putting part.

Having been hitting it decent by saving his pars, the 24-year-old added that it was all about everything going in when he started with a chip in on the second hole.

Although coming 4th, Raj said he is happy with having been in an amateur playoff once or twice, and it “feels good to be in an Asian Tour playoff for the first, doing his best, but fell short.