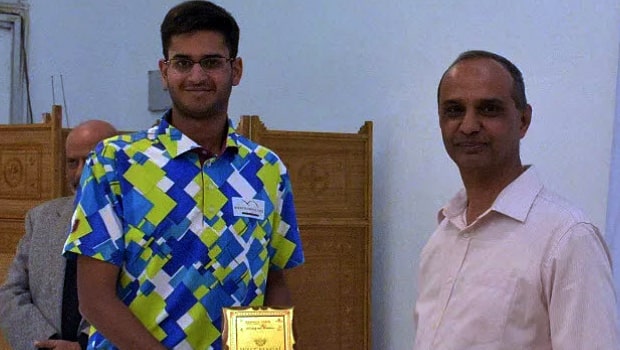 Aryan Agarwal has emerged as the winner of the BGA West Bengal State Championship 2020 title at FWEPTA.

Agarwal, who was behind the overnight leaders Samridh Sen and local favourite, Akbar Khan by two strokes, overtook them on the board in a three-way playoff to clinch the title.

Going into the final day of the tournament, the champion maintained his composure and showed his ability of consistent play, which forced the game into a playoff.

After the first hole, the tiebreak could not be broken as all trio made a par.

Agarwal, however, won the title after draining a 12-foot straight putt at the second playoff hole, the par-3 second hole, to scoop the trophy.

The championship is the inaugural event of the third edition of the Eastern India Amateur Feeder Tour, which witnessed participation from 88 golfers.

BGA West Bengal State Championship, which is the opening tournament of the season, lived up to expectation with the three golfers competing for the top prize.

Speaking after his triumph, Agarwal said his main focus was on his game, leaving others to do their thing.

By not watching what others play, he said this was helped him calm his nerves in the playoffs, which played a crucial role in the victory.

He later expressed appreciation to his mentor, Indrajit Bhalotia, and coach Jesse Grewal and the organizers of the tournament for organising the tournament well.

In a related development, Ravindra Vani won the mid-amateur category of the tournament, beating Col SK Tiwary to the top prize.

Also, Col Kapil Sharma won by 12 strokes in the senior category after shot rounds of 75 and 78. With the win, he has proved his superiority in the category while Captain Biswadeep Dey emerged as the second.

Subroto Barua won the super-senior category with a massive 20-stroke victory with his 180 overall. Anil Karmakar came second while Sinjini Mukherjee was the winner of the ladies category title with her six-over 78 while Nikita Biswas came second.