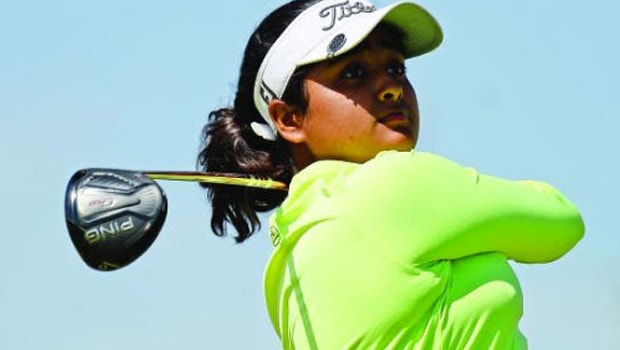 Mina Harigae has described her performance as consistent after recording a stunning 61 that clinched the Cactus Tour at 23-under 203.

This is a consummate victory for her in the 21st leg of the Cactus Tour that Anika Varma ended up diminishing 12th, and  Nikita Arjun ended in 19th place.

The 61 produced in the final got her a sensational 16-stroke victory over amateur golfer Katherine Muzi. While Harigae had a massively impressive performance,  Muzi only managed a 73, and the golfer floated at the top.

Although she ended up in twelfth place, Anika Varma’s performance was considered impressive in her 72. The Indian golfer, who is still an amateur, has been showing remarkable performance in her games lately. Fellow countrywoman, Nikita Arjun didn’t give out her best performance as she finished with a 79 and occupied the 19th place.

Emilee Hoffman, on her part, made an eagle on the par-5 13th hole. Shen secured a T3 after making a 69 with amateur Meghan Royal.

Harigae was able to race past the bend in just 31 strokes after the birdies flew thick and fast. She continued from where she stopped and made additional six birdies to record an 11-under 61 in the final round to finish the tournament with an overall score of 23-under from just three rounds.

At the par-5 6th hole, Anika erased a bogey and made the turn at one-under. Her advantage was wiped off by a bogey at the par-3 15th, and she was forced to settle for an even 72.  Despite that, it was still her best performance of the week. This is expected to give the young Indian confidence as she continues making a good impression on American soil.

Anika said It was a consistent performance with two bogeys and two birdies after the competition with Golfing Indian from Scottsdale. She added that the birdie putts she made was long, and she is happy to make them.

She further revealed that her favourite shot was on the 18th hole.