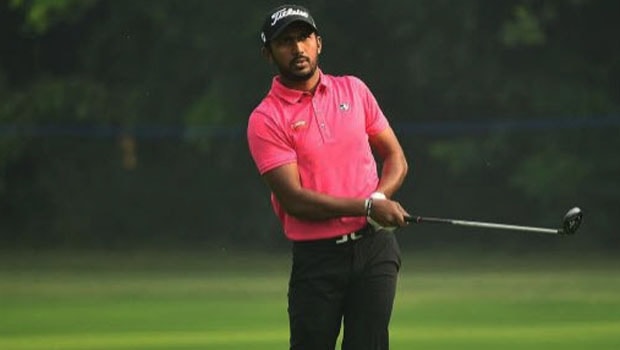 Indian golfer, S Chikkarangappa won’t let the opportunity given by the International Golf Federation’s (IGF) to extend the qualifying period for Tokyo Games to go in vain as he is prepared to fight a place in the global event.

Recall that IGF had last week made the announcement which has created a breath of fresh air for many golfers and Chikkarangappa is not exempted.

To qualify, golfers need to accumulate Olympic Golf Rankings (OGR) points from now till the ending of June 2020.

Speaking with TOI, Chikka described the development as huge for Olympic hopefuls like him. With the opportunity given, he said he is now looking forward to getting a ticket to the tournament once normalcy returns as the globe continue to reduce the spread of coronavirus.

The period also comes with its challenges for athletes as golfers had to practice away from their training field due to the lockdown order meant to flatten the curve of COVID-19 pandemic.

But the 26-year-old has devised a strategy for training as playing on a golf course is not possible at the moment. To stay in touch with the game, Chikka devised a unique way to adhere to his training needs. He achieved this by creating a temporary facility on the terrace of his home.

Speaking on the ide, the Karnataka-born golfer, set he had to hang like 8 to 9 blankets on the small range as the act like a wall which ensures that the balls don’t go past them.

He also said he has been practising his swinging in the process. Due to the impact of his shots, holes have been created on the blankets, making him change seven of them.

He also revealed that a mat was placed on the floor to get the feel of hitting the balls on a course. This arrangement he said has helped him to practice.

He also said that working on his father’s farm also helps him maintain his shape and form while he is learning a bit of farming. His mother has been training him on how to grow vegetables.

While noting that working in a farm is a full-body workout, he said that the lockdown also gave him the time to fine-tune his culinary skills due to a challenge thrown by his dietician.