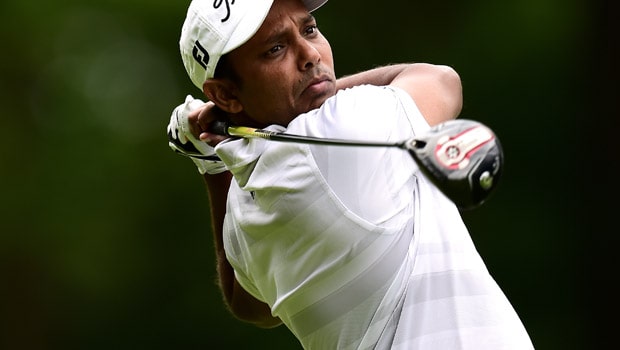 Six-time winner of the Asian Tour, S.S.P. Chawrasia, has revealed how COVID-19 stopped him from participating in the European Tout after the restart of the game.

Few tournaments have resumed in the US and Europe, but it’s the otherwise in the Asian continent. This has left India players, who are also on the continent, to rue their miss.

Speaking with AFP, Chawrasia, who noted many Asian players have never been absent from the game this long, revealed that he contracted COVID-19, which quashed his plan of traveling o the UK for some European Tour events a month ago.

Chawrasia, who was speaking from his home in Kolkata, said it was when he was about to travel for the tournament that he was tested positive of the dreaded virus. Although he was asymptomatic, his mum, who also contacted the virus, had a bad condition but later recovered.

Speaking on the development, Asian Tour CEO and Commissioner Cho Minn said the US and some European countries had been approached to copy their protocol in order to host events.

The Tour had hope of staging 10 to 12 tournaments before the end of the year in the sort of bio-secure bubbles.

Since this has worked in those places, leading to the return of the US, European, and LPGA tours to resume, Minn said such a method, which includes testing and players are kept in a bio-secure bubble, could be adopted.

He, however, noted that the governing body is bound by Asian countries who are yet to lift the 14-day quarantine requirements for anyone coming into their countries.

The situation has forced many golfers in India to Australia to be idle. The last time they were involved in any action was when the Asian Tour was halted after the Malaysia Open on March 7. They have not been able to even practice.

This is because many golf courses in India, for instance, still remain locked for the fear pf spike of the virus. A golf course reported a positive case after reopening. This prompted its immediate closure until further notice.

As the world’s top golfers play for top prizes, their colleagues in Asia will not have the opportunity to swing a club or earned a cent for the next six months.