Home » Other Sports » Golf » COVID-19: Things are getting difficult for me; Sisodia cries out

COVID-19: Things are getting difficult for me; Sisodia cries out 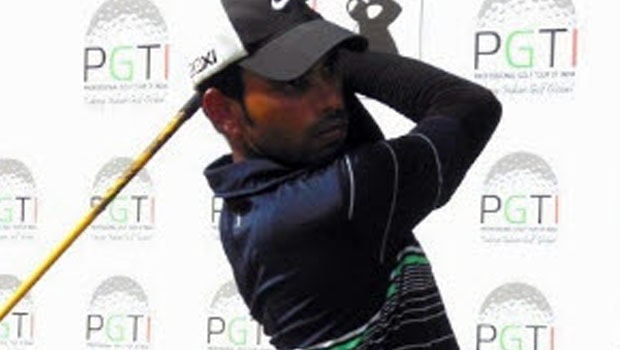 Indian golfer, Shivendra Singh Sisodia has bluntly said that some of his colleagues would have hellish moments because life has been very tough for some of them under lockdown.

Sisodia, who is on PGTI tour, expressed his concern on the immediate future of the game. With some companies struggling to cope during this challenging moment, golf tournaments may be lacking sponsorship soon.

The professional golfer is part of the players whose sole income is from the game. Since the announcement of the lockdown the events slated for Ahmedabad, Pune, Noida and Chandigarh have all been cancelled.

The last time India golfers were in action was the Bengal Open which took place in the middle of March.

The postponement of tournaments that followed is due to the COVID-19 pandemic, which is ravaging the world. Over 170,000 people have been killed by the novel virus, with about 2.5 million people infected worldwide.

While noting that it has been bad for everyone,  Sisodia, who depends solely on the sport for survival said, are feeling the heat more.

For instance, the 30-year-old golfer, who has been a regular player since 2016 hails from Uttar Pradesh but stays in India’s capital Delhi in a rented apartment. Since then, he has maintained the top-60 position.

Sisodia has to manage all his golfing expenses which include travel and hotel costs and take care of his household from the average 6.5 lakh he makes.  His best yearly earning was about Rs 10.5.

However, it has not been a good start on his part this year as he has only made just Rs 22,650 from three tournaments.

As he was looking to make up for his loss ahead of the four-month break of the  PGTI, COVID-19 pandemic struck.

Sisodia, who used to be a caddie, said every event is an opportunity for a golf player, expressing the belief that he could recoup his losses in the four games that were cancelled.

Sisodia, who has two kids, also noted that he earn enough to meet his expenses but doesn’t have much savings with the hope that he breaks into the top ranking.

With the break, the father of two has said that things are getting difficult for him and doesn’t know what to do.