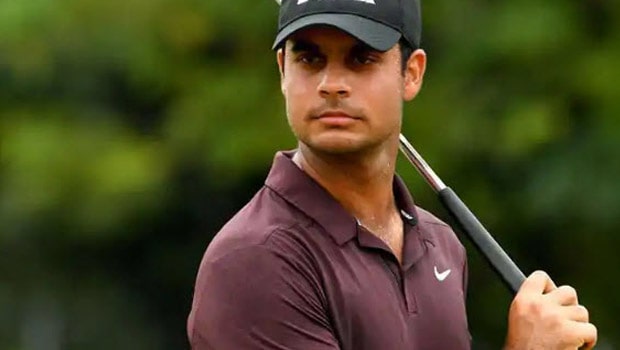 It’s no longer news that Indian golfer Shubhankar Sharma is out of the English Championship holding in the Hertfordshire, United Kingdom, after carding a one-under-par 70 in the second, but we will like to see how the 24-year-old missed the cut.

His one-under-par 70 in the second round was unable to keep him alive in the low-scoring event after aggregating one-under 141 over two rounds.

This is the second time he will be missing the in as many weeks in the UK Swing, which is holding amid the COVID-19 pandemic. It has the same story for the 24-year-old  as the year, even before the coronavirus outbreak was not great for him.

In 2020, Sharma has made just one cut on the European Tour, which was in the first start at the Abu Dhabi Championship. The top Indian golfer finished T-59.

Since then, he has missed six in a row after making just a cut on a domestic Indian Tour event, the Tata Steel PGTI Players Championship, in February after finishing T-29.

On the second day of the English championship, Sharma, who suffered a double bogey on Par-5 sixth, started with a birdie for the second day. He had bogeyed on the first day.

He followed it up with a birdie on ninth and an eagle on Par-5 12th before he bogeyed on Par-3 16th. He recorded his last birdie on the 18th, which was a small consolation because he will be missing the weekend rounds.

Meanwhile, Andy Sullivan recorded the lowest nine of his European Tour career after opening a one-shot lead heading into the weekend at the Hanbury Manor Marriott Hotel and Country Club.

Sullivan (62), who was T-4 at the British Masters, turned in 34 with birdies on the first, sixth and ninth. He later recorded a single dropped shot on the eighth but came back alive on the back of nine with a 28 with seven birdies in nine holes.

However, he missed on the 11th and 17th to be 14-under and one shot clear of countryman Laurie Canter (65) and South Africa’s Dean Burmester (63). Dean had recorded a 28 on the back-nine.