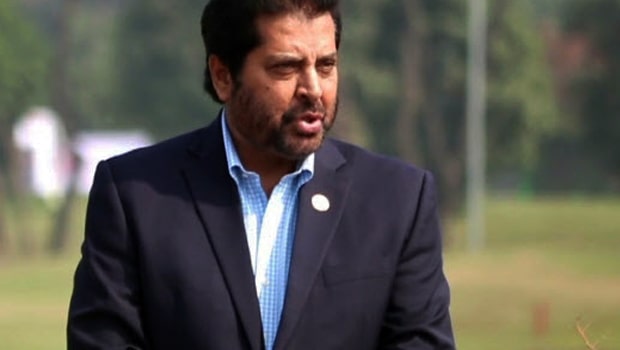 The ICC RCGC Open Golf Championship has started. The competition was jointly launched by the Indian Chamber of Commerce (ICC), the Royal Calcutta Golf Club (RCGC) and the TATA Steel Professional Golf Tour of India (PGTI).

We will bring you reports from the proceeding as they roll in.
The inaugural edition of the event will hold at the historic RCGC in Kolkata from December 12 – 15, 2019

It is now a unique platform that will give greater opportunities to some amateurs.
This is happening on the return of TATA Steel PGTI to RCGC after two years. The event which is supported by Bharat Benz is Powered By Partner, CESC, and Urbana as Co-Partners, Ambuja, ITC, and ICICI.

Recall that Kshitij Naveed Kaul and Priyanshu Singh, are winners on the PGTI this year.

The promising rookies that will be proving their mettle include Udayan Mane and Karandeep Kochhar, who could spring a surprise against the experienced Chiragh
Kumar, Shamim Khan, and Mukesh Kumar.

The local players to look out for in the tournament will be Kolkata-based professionals such as former PGTI Order of Merit champion Shankar Das, former Indian Open champion, Feroz Ali Mollah, and youngster Sunit Chowrasia.

The RCGC has a unique format that allows greater participation from amateurs, which is expected to be exciting. The opportunity gives the Amateurs the chance to will play alongside the professionals on the Pro-Am day as well as in the last two rounds of the main event on December 14 and 15.

As part of the itinerary for the tournament, the Indian Chamber of Commerce will be organising a grand Corporate Strategic Think Tank Meet titled, ”India Tomorrow”, on 13th December 2019 at Kolkata.

Dignitaries expected to attend included Ministers, Diplomats, Academia, and industry.
Speaking on the tournament, the Vice President of ICC, Pradeep Sureka, said the outfit is proud to partner RCGC and PGTI in launching the competition.

Expressing his delight over the development, he said it’s a good thing to see TATA Steel PGTI returning to RCGC after two years.

Also speaking, Ashish C Doshi, Captain, Royal Calcutta Golf Club, said that the club is delighted to host the inaugural edition of the ICC RCGC Open Golf Championship at the Royal after a gap of two years.

While noting that the course is in marvellous shape, he said best playing conditions would be offered to all the professionals taking part in the Championship.

The CEO of PGTI, Uttam Singh Mundy, expressed appreciation to the ICC and RCGC for partnering with them in launching the tournament, saying such move was a great boost for Indian professional golf.