Home » Other Sports » Golf » Jeev Milkha Singh, Shiv Kapur to miss out on US Open

Jeev Milkha Singh, Shiv Kapur to miss out on US Open 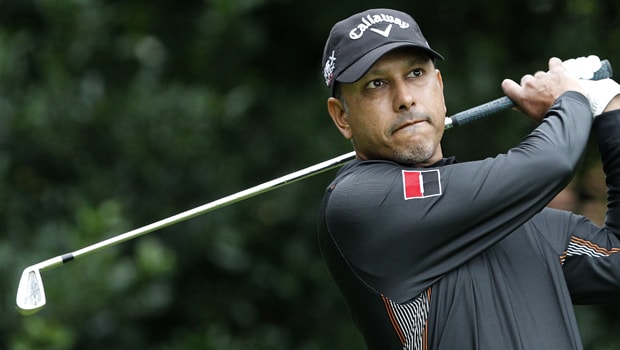 Most Indian golfers won’t be part of the coming US Open in September after the organisers announced that there wouldn’t be any qualifiers for the tournament.

Most of the India golfers have featured in the competition after scaling through the qualifiers. With the latest development, their dreams of featuring in this year’s competition have been dashed.

The US Open had been shifted to September from June due to the COVID-19 pandemic that is ravaging the world, with the US being the epicenter with over one million cases and over 90,000 deaths.

Most golfers had already noted that the US Open is the toughest Major to win, with over  10,000  golfers jostling for qualification spots with the hope of getting to that starting line.

COVID-19 has forced the United States Golf Association to announce that there will be no qualifiers at all.

About six Indians have participated in the lucrative tournament, with all of them coming through the qualifiers at least once.

One of them is India golfer, Shiv Kapur, who loves the challenge the qualifiers bring, having played in five Majors to which he came through the qualifiers. He was able to participate in the US open thrice through the (British) Open – in 2006, 2013 and 2016, while getting there twice by the same route in 2014 and 2015.

Speaking on the cancelation of qualifiers, Kapur said it’s a pity, but noted that there was no choice.

While noting the importance of the qualifiers, which he said meant a lot to him, he said the qualifier was a massive challenge, adding that there is no room for error with the 36-hole attempt.

Kapur recorded his Major result – T-23 at the 2014 US Open made the Majors four times in five years through that route.

With the present situation, only Jeev Milkha Singh (in 2007 and 2009) and Anirban Lahiri (2015 and 2016) had direct exemptions among Indian golfers. But the duo, on other occasions, too came through the tournament through qualifiers.

Jeev ‘qualified’ through Final qualifiers for his first US Open in 2002 at Bethpage, after which he played the US Open four times more.

On the cancellation of the qualifiers, USGA senior managing director of championships John Bodenhamer said it was a difficult decision that was, noting that the qualifying is the cornerstone of the championships.