Pebble Beach Pro-Am.: Lahiri failed to advance despite a hole-in-one 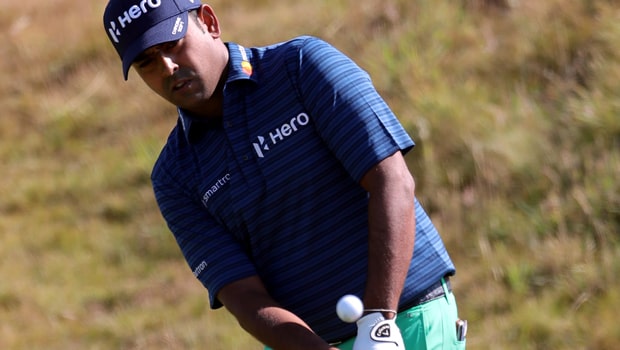 After starting as third on the day at Monterey Peninsula course following rounds of 73-71, aced the Par-3 third hole, the Indian golfer finished with one-under 70. According to reports, Lahiri missed the 54-hole cut because he was one-under for 54 holes, making his cut to fall at three-under.

What could have contributed to his loss? The answer is not far fetched, having had a rough start for three straight days where he churned out performance that left him with three-over after six holes while teeing off from the tenth. He was able to make up for his performance with birdies on 16th and 18th while he added a third on first.

At a point in which he was three-under for the tournament and on the bubble, Lahiri got a hole-in-one on third and added another birdie on sixth. After bogeying the seventh and ninth, he was out of the contest.

With Lahiri registering his second hole-in-one in a big event, he at the St. Anne’s Golf Club in 2012 Open had an ace on the Par-3 ninth where finished T-31.

Nick Taylor maintained the lead with a third-round 69 at Spyglass Hill, while the defending champion Phil Mickelson who had (67 at Pebble Beach continues to breathe down his neck.

Mickelson proved his class again with the short game and some amazing shots which were on point.

Mickelson, who is gunning for his sixth title at Pebble Beach, is behind Canadian golfer, Taylor, by one shot going into the final round.

If Mickelson wins, it will be his first PGA TOUR victory since he won this tournament last year.