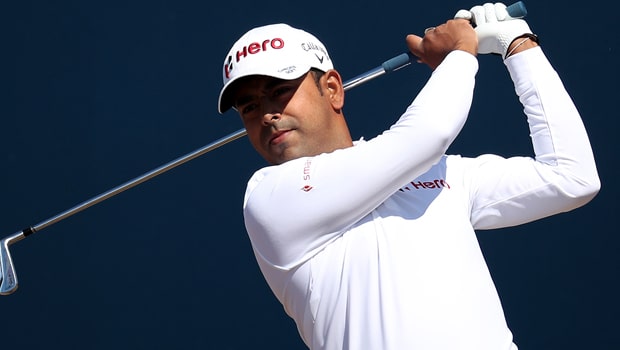 India golfer, Anirban Lahiri has concluded the week with two-over 70 and a total of six-under 276 and tied 50th at the Fall Season of the PGA Tour at the RSM Classic

This is the last event on 2019 PGA Tour calendar. Lahiri in the final round, had two birdies against four bogeys.

Winner of the tournament, Tyler Duncan, who is a first time winner of a PGA Tour title won with a birdie on the second extra hole of a sudden-death playoff between him and fellow American, Webb Simpson after they got tied at 19-under.

A day aftershooting 18 pars, the American golfer shot 65 on the final day at Seaside course, while Simpson, who had won the the 2017 Players champion carded 67. With this feat, the 30-year-old golfer has retained his PGA Tour card after finishing 12th in the Korn Ferry Tour Finals and finishing 163rd in the FedEx Cup standings.

With the game entering a playoff, Simpson has extended his streak of rounds of 68 or better to eight leading up to the 2019 Presidents Cup.

On his part Colombia golfer, Sebastian Munoz tied at 68 at 18-under to come third.

54-hole leader Brendon Todd, aiming to become the first player to win in three consecutive weeks on the PGA TOUR schedule since Tiger Woods in 2006 was the attention during the game. Fatigue finally set in for the American who shot 72 at 16 under and finished fourth which stopped him from winning his third PGA Tour tournament.

30-year-old Duncan, whio joined the Tour in 2017-18 has now moved to 11th on FedExCup standings after he birdied three of his last four holes which took him to the playoff.

Finishing in the top ten for the fouth time in his Tour career, Duncan’s previous best finish on Tour was tied 5th, in Safeway in 2017, and the 2019 AT&T Byron Nelson.