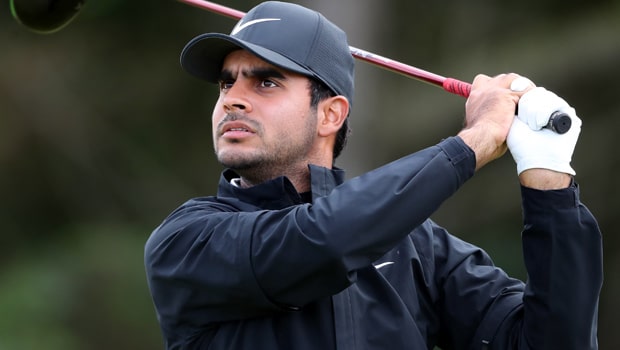 Top Indian golfer Shubhankar Sharma is looking forward to picking up the threads in his game after the resumption of actions after the coronavirus -enforced break.

The pandemic that led to total lockdown across countries for over two months led to the disruption of the sporting calendar. But Sharma will be picking up from where he stopped with his first competitive game, which will be the Hero Open in Birmingham slated for next week.

Sharma, who recently clocked 24th on Tuesday, will leave early next week to settle down in England for the start of the tournament, which kicks off on Thursday.

Thus it will be the second event of the UK Swing. It is scheduled to hold after the Betfred British Masters, which is for this week. The venue for the Hero Open is the Forest of Arden Mariott Hotel and Country Club in Birmingham.

Speaking ahead of the game, Sharma said he is excited and ready to play in all the five remaining events in the six-event UK Swing.

While noting that it’s been a while he competed in the Middle East Swing at the beginning of his professional career, Sharma, whose last event was the Qatar Masters in the first week of March said it would be good to return to the course after a lot of rest during the lockdown.

With actions resuming in the US and the UK. Sharam said it would be nice to pick up the threads as golfers are also looking forward to the competition.

Sharma dropped to 311 on the world ranking after running for an Olympic spot at a particular stage before the lockdown. That shouldn’t be anything to worry about since the Tokyo 2020 has been postponed till next year.

The winner if the Hero Open carries will be smiling to the bank with One million Euros. But Sharma is not thinking about the prize purses, adding that what is important is to have the opportunity of playing again.

While nothing that golfers can’t work from home, unlike some other professions, Sharma said they need to return to the course. For this, he lauded the European Tour for building a secure bubble for golfers’ safety.