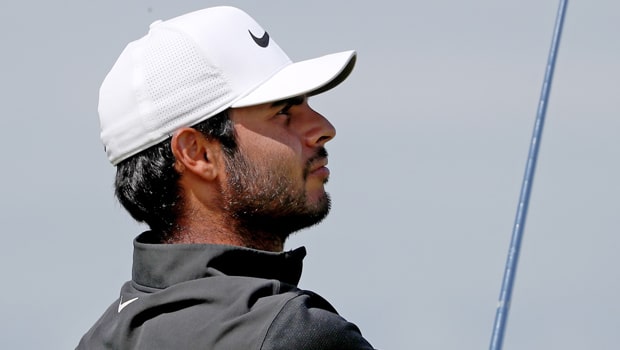 Indian golfer Shubhankar Sharma will be back on the course for the first time since the coronavirus pandemic to compete at the Hero Open, which starts today.

Sharma, who clocked 24 last week, will be returning after four months in the event that is coincidentally sponsored for the first time by an Indian company. The firm is sponsoring a full-fledged professional golf event in Europe for the first time. The winner goes home with one million euros.

Sharma, who had prepared to feature in the Hero Indian Open before it was postponed due to the COVID-19 pandemic, said he is bubbling as normalcy returns gradually.

He further revealed that traveling from India to the UK was different from what it used to be because he had to use some safeguards like a space suit to reach Birmingham.

Meanwhile, 56-year-old Miguel Angel Jimenez will be making a record 707th start on the European Tour.

The Spaniard, who turned pro in 1982, had won 33 international titles, including 21 on European Tour, and he will be breaking Sam Torrance’s record of 706.

Sharma, who has won the European Tour twice, will tee up with two top players, Andy Sullivan and Eddie Pepperell, for the first two days.

Speaking ahead of the tournament, Sharma lauded the European Tour for doing amazing planning, with a lot of passion and care shown.

While also hailing  Keith Pelley, the CEO, the Indian golfer expressed appreciation to Air India, the country’s national carrier, for helping him reach the UK.

Sharma will be with his fellow countryman and former professional Gurbaaz Mann for the next five weeks, which is part of the six-week UK Swing. The UK Swing had last week began with the Betfred British Masters.

Sharma revealed that Gurbaaz was with him when he played the WGC-Mexico, and they played with him often at home.

The golfer said he is feeling good about his game. He is, therefore, planning to get in a round of practice before the first round.