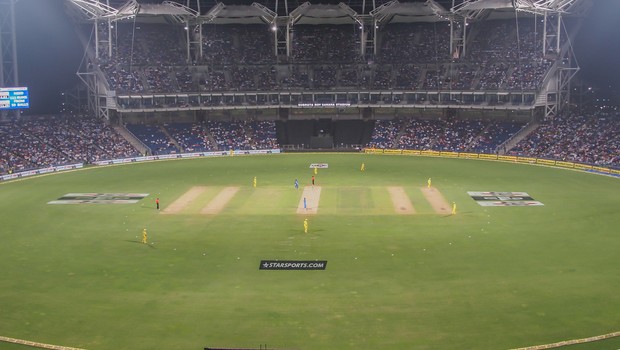 Indian Premier League (IPL) is a professional franchise-based Twenty20 (T20) cricket league established in 2008. Apart from being the most watched sporting event in the country, it is among the top 5 most popular domestic leagues.

Founded by the Board of Control for Cricket in India (BCCI), the IPL had an auction to determine the cities and owners of each team. Usually played between March and May of every year, the IPL currently has eight teams representing different Indian cities.

Below you can get to know a little more about each team that takes part in the Indian Premier League every year since 2008.

After that, you can learn all about the main cricket tournaments and cricketing events in India.

Based in Chennai, Tamil Nadu, the Chennai Super Kings were founded in 2008. It is captained by Mahendra Singh Dhoni and coached by Stephen Fleming, both very well-known cricketers.

Three times Indian Premier League champions (2010, 2011 and 2018), they are also the only IPL team to qualify for the playoff stage in each edition of the league. The team has also won twice the Champions League Twenty20 (2010 and 2014) and is one of the most valuables IPL franchises.

Representing the city of Delhi in the IPL, the Delhi Capitals were founded in 2008 and it is captained by Shreyas Iyer and coached by Ricky Ponting. They are the only current team that never appeared in an IPL final, even though they qualified for the 2019 playoffs for the first time.

The Kings XI Punjab (KXIP) is a team based in Mohali (Chandigarh CR), Punjab, that was established in 2008. It is captained by the international cricketer K. L. Rahul and its coach is Anil Kumble, a former Indian cricketer.

In the 2014 season, the team topped the league table and finished runners-up. Apart from that, they have made only one other playoff appearance in 12 seasons.

The Kolkata Knight Riders (KKR) team represents the city of Kolkata in the Indian Premier League since 2008 and it is captained and coached by Dinesh Karthik and Brendon McCullum, respectively.

The first time they qualified for the IPL playoffs was in 2011. In 2012, the team became the IPL champion by defeating Chennai Super Kings. They won the title again in 2014 against Kings XI Punjab. Apart from that, the team holds the record for the longest winning streak by any Indian team in T20s.

The Mumbai Indians are the most successful team in the Indian Premier League. Founded in 2008, it became the first franchise to cross the $100 million mark in brand value among the IPL franchises in 2017.

The Rajasthan Royals (or simply RR) are based in Jaipur, Rajasthan. The team was founded in 2008 and won the inaugural edition of the IPL under the captaincy of Shane Warne, and were also the runners-up of the 2013 Champions League Twenty20 under Rahul Dravid’s captaincy. Its current captain is Steve Smith and its coach is Andrew McDonald.

The Royal Challengers Bangalore (RCB) are based in Bangalore, Karnataka. The team is captained by Virat Kohli, regarded as one of the best batsmen in the world, and coached by Australian former cricketer Simon Katich.

The team have never won the IPL but finished runners-up thrice between 2009 and 2016. The team also holds the records of both the highest and the lowest totals in the IPL – 263/5 and 49 respectively.

The Sunrisers Hyderabad (SRH) is a cricket team based in Hyderabad, Telangana, India, founded in 2012 after the Hyderabad-based Deccan Chargers were terminated by the IPL. The team is considered one of the best bowling sides, often admired for its ability to defend low totals.

Currently captained by David Warner and coached by Trevor Bayliss, the team made its first IPL appearance in 2013, when they reached the playoffs, but finished in fourth place. The first IPL title came in 2016, defeating Royal Challengers Bangalore. Since then, they qualified for the play-off stage of the tournament in every season.

Do you think you have what it takes to become one of the captains among the IPL teams? Find out by answering this Cricket Survey!

Now that you know all about the IPL teams, you can have a look at our Top 5 best Indian Cricket Players and also get to know some curiosities about the sport.

Get to know more about the Women’s National Cricket Team in India!